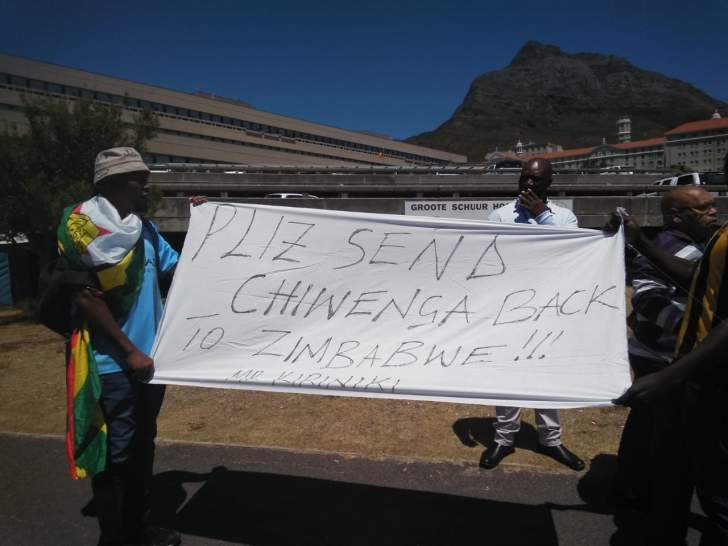 Some of the demonstrators outside the hospital in Cape Town

“A group of Zimbabwean nationals are protesting outside the hospital, calling for Chiwenga to go back home to receive treatment there.”

Chiwenga was reportedly airlifted to South Africa at the weekend for emergency medical treatment after allegedly being taken ill while attending a Zanu PF politburo meeting in Harare.

The Harare government has not commented on the reports.

It was however, claimed that the former defence forces chief was admitted at Groote Schuur Hospital resulting in scores of protesting Zimbabweans gathering at the facility.

The demonstrators demanded that the vice president returns home to be treated in the same run-down state hospitals his government forcing Zimbabweans to rely on.

They said Chiwenga is part of a government which has presided over the collapse of the country’s health sector which was recently hit by a two-month strike by doctors complaining about the lack of drugs and power conditions.

Said lobby group Citizens Forum Zimbabwe; “We must help our people by telling Chiwenga to go back home and get treated at Parirenyatwa like the rest of us!”

Those who visited the hospital as part of the demonstration included comedian the Comic Pastor.

And concerned about the disruption protest was causing, the Western Cape Health Department issued a statement Monday confirming the at Chiwenga was not admitted at the hospital.

A statement attributed the department’s communications officer, called on the protestors to direct their demands at Zimbabwean authorities.

“In honour of our commitment to patient confidentiality, we cannot discuss patient details. however, we can confirm that he was not or currently is a patient at the hospital,” read the statement.

“While we understand the concern of the Zimbabwean community, we need to balance this with the rights of other patients to receive care.

“We urge the community to direct their requests to the Zimbabwean authorities and to respect our hospital premises as a healing environment for patients.

“Health staff should be given the space to continue uninterrupted with their patient care.”

Chiwenga was head of the military when the long-serving president Robert Mugabe was toppled by a coup in November 2017.

The vice president and his wife, Mary, have however, have been showing signs of illness, with visibly swollen hands and discoloured skin patches, something he said was due to poisoning.

Last year, Chiwenga suggested he was paying the price for removing former President Robert Mugabe, triggering speculation he might have been poisoned. 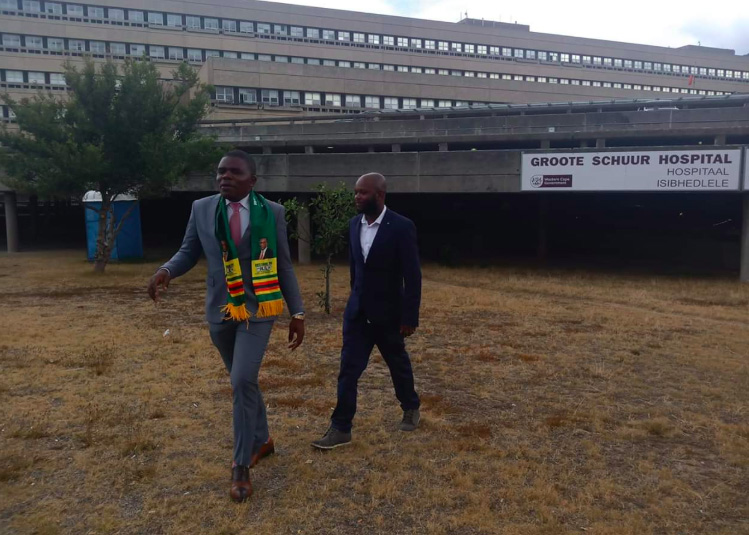 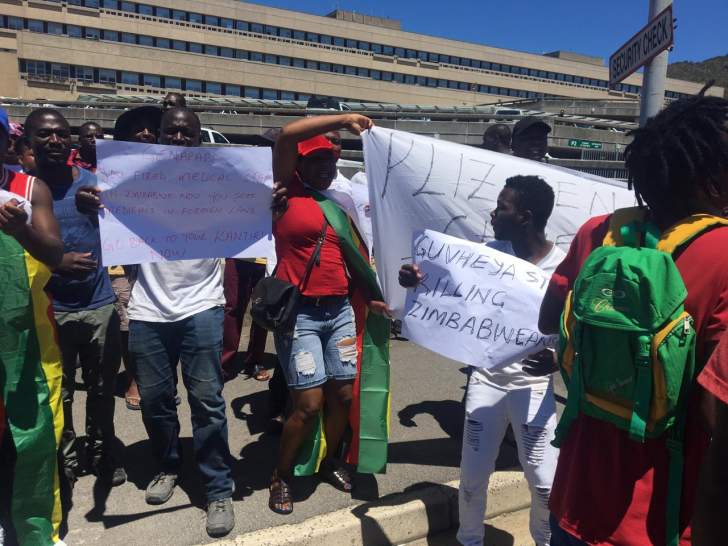 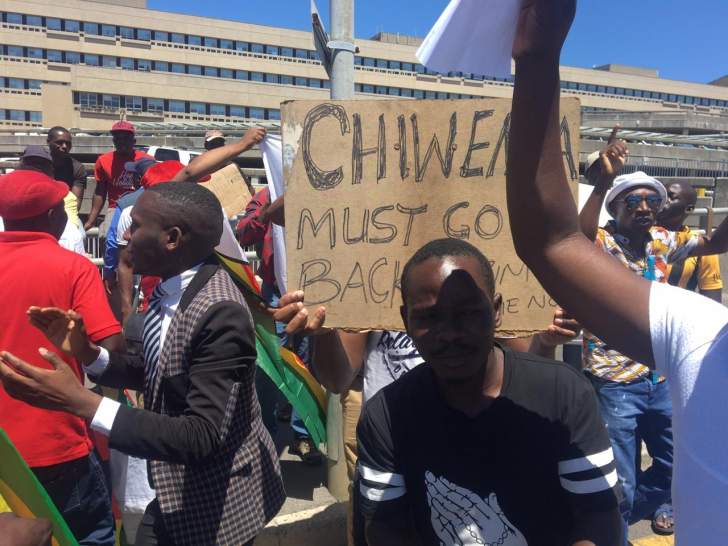