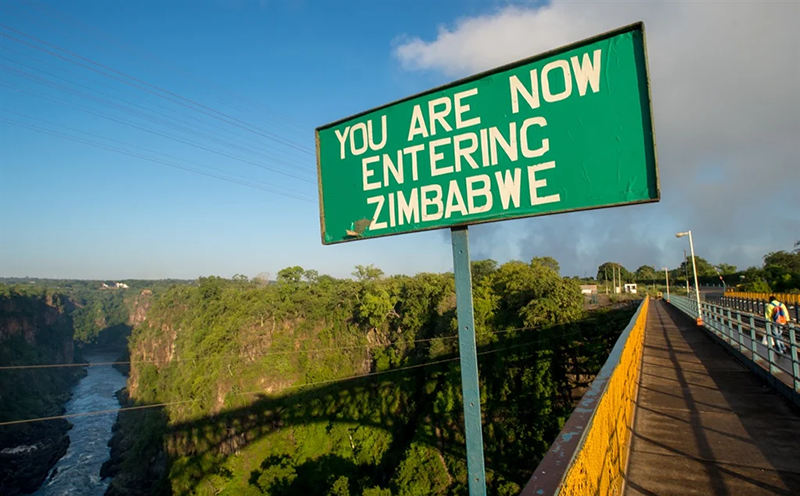 SOUTH AFRICA: The Department of Home Affairs has accused the Helen Suzman Foundation (HSF) and NGOs of trying to “dislodge” the government in response to the notice that the foundation intended to take the department to court over its handling of the conversion of Zimbabwe Exemption Permits (ZEP) to visas.

“This development must be nipped in the bud as soon as possible,” a statement from department spokesperson Siya Qoza said on Tuesday.

The HSF announced earlier in June that it would take the department to court over the sudden decision to terminate the ZEP at the end of the year.

South Africa is now under the dictatorship of some of the NGOs, with some having faceless and dubious funders. Their ultimate aim is to assist in the dislodgement of the government of the day from power by all means available.

The foundation contends that this would turn ZEP holders in South Africa into undocumented migrants, and ZEP holders will be forced to return to Zimbabwe if they do not meet the strict conditions of one of the categories of visa on offer, only to face similar conditions to what led them to flee.

“It is not the position of HSF that those migrants who are in South Africa unlawfully should be entitled to remain, nor even that the ZEP must continue in perpetuity. Rather, our position is that those who have scrupulously observed South Africa’s laws in order to live and work here under the ZEP cannot have such permits terminated without fair process, good reason and a meaningful opportunity to regularise their status,” the foundation said after putting the department on notice.

READ | ‘This is going to cause chaos in SA’: Fears expressed over Zimbabwe Exemption Permit cancellation

But the department said the HSF was conspicuously absent from its regular discussions on Zimbabwean migrants, and lamented the fact that it now wanted to go to court.

“The recent surprising court action launched by the Helen Suzman Foundation (HSF) is a perfect example of the destructive role that some non-governmental organisations (NGO) are capable of.”

The department accused the HSF of trying to blackmail the nation on a topic that the department felt it had support from most South Africans.

Department of International Relations and Cooperation spokesperson Clayson Monyela also stepped in to the fray with a tweet in response to News24’s special project Unwelcomed Neighbours.

In a final salvo, the department said: “The HSF access to the courts is guaranteed in the Constitution. However, this should not be a licence to abuse the Bill of Rights by some armchair critics, who have no idea of the sacrifices and deaths of many freedom fighters, while they sat in the comfort of their homes because of the colour of their skin.

They now claim to be champions of the human rights of the African people in the whole continent.”

Last November, Cabinet announced the special ZEPs would be cancelled by 31 December 2021. A one-year grace period was granted. Applicants must go through a private company VFS global to apply for a visa to remain in South Africa, based on a list of critical skills needed in the country.

After the sudden swell of people applying for asylum or refugee status during the political and economic turmoil in Zimbabwe, in April 2009, Cabinet created the Dispensation of Zimbabweans Project. Home affairs minister at the time, Malusi Gigaba, said this was a “significant gesture of support and solidarity” with Zimbabweans.

The permit changed name, and two weeks ago the department said according to its records, a total number of 178 412 Zimbabwean nationals were registered with exemptions. Others may have left for Zimbabwe or other countries.

However, the uptake for visas was low compared with the number of people eligible to apply, to the extent that a newspaper advertisement was run to encourage ZEP holders to apply.

The agent, VFS Global, had so far only received 2 301 visa applications and 3 014 waiver applications from the exemption holders. A special team at the department was still working through these for final approval.

The department and the minister intend to stay on track with the ZEP programme to make everyone on it apply for a visa to carry on living in South Africa and hope constructive engagement could sidestep a court case.

They also suggested that the HSF and interested NGOs would be best placed to help the ZEP holders with their applications.

The fees were also understood to be out of reach of many general workers, hairdressers, and domestic workers, and businesses must show a R5 million investment in South Africa to qualify, or apply for a waiver and wait for it to be approved.

Motsoaledi called on affected Zimbabwe nationals to ignore the “false hope” created by the HSF and adhere to the procedures outlined by the department in various public notices and communication.