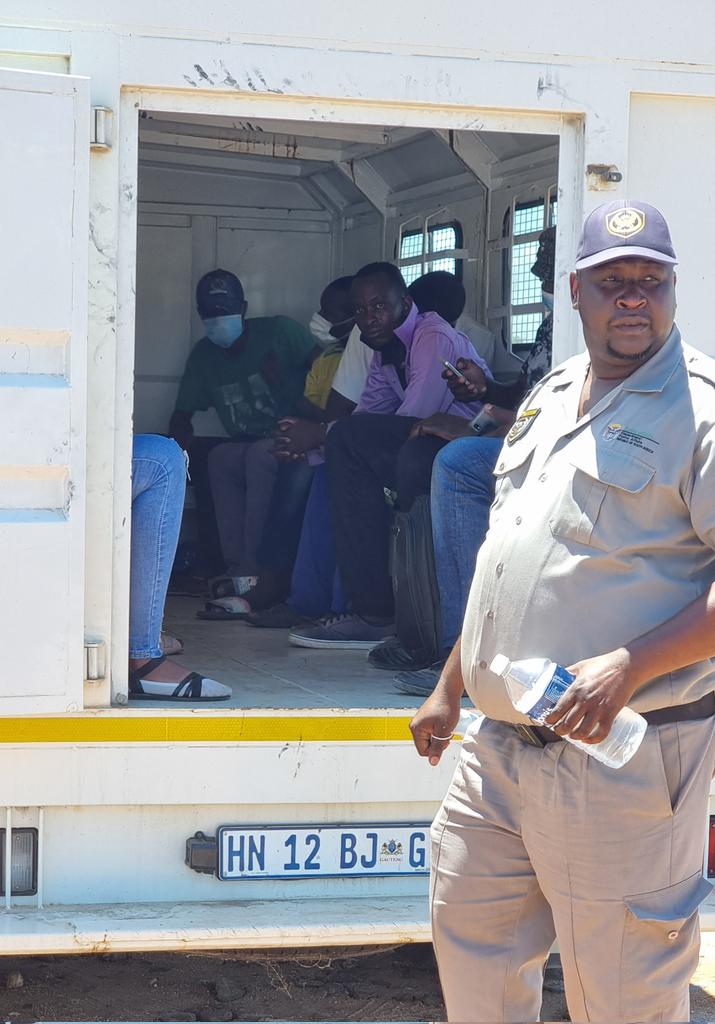 THE e Home Affairs Department has set up a series of roadblocks in an effort to address the challenge of undocumented immigrants near the Beitbridge Border Post.

Home Affairs Minister Aaron Motsoaledi has conducted an inspection at the port of entry, monitoring a roadblock where undocumented foreign nationals were intercepted.

35-year-old Sipho Moyo entered the country illegally, her stay in South Africa has been cut short.

“I jumped the border, I have no choice, they are sending me back to Zimbabwe and I don’t have anything.  I have to follow what they want. I don’t have the documents. No ID,” says Moyo.

Close to 200 undocumented foreign nationals had their journeys grinding to a halt. Custom officials apprehended them at a roadblock that was set up strategically, to combat illegal border jumping.

“This morning already 179 of them were found at the border and they were turned back, then there is another roadblock at Baobab about thirty minutes from Musina towards Makhado. There is also a roadblock, anybody who might have escaped the first roadblock (will be caught). So we are putting a series of firewalls,” says Minister Motsoaledi.

On the matter regarding the expired Zimbabwean Exemption permits, Motsoaledi maintains that the South African government is not going to succumb to pressure.

Members of the army continue to patrol in the area.