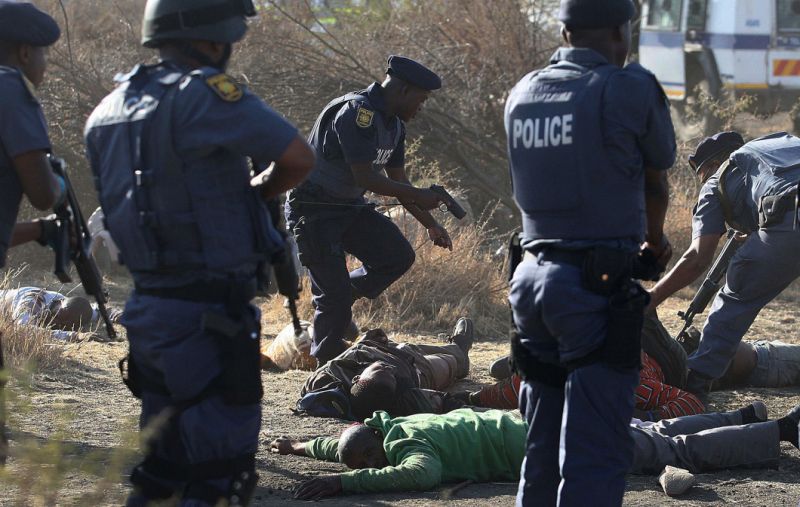 Police have the right to use deadly force if their lives are threatened, that’s according to Police Minister Bheki Cele.

He was addressing the funeral of Warrant Officer Erusmus Sifundo Musa in Port Shepstone on Saturday.

Musa, from the Special Task Force and Lieutenant-Colonel Carl van der Vyver from Crime Intelligence were killed in a shootout with heavily armed cash-in-transit robbers in Nongoma, in northern KwaZulu-Natal, last week.

One suspected cash-in-transit robber is in police custody at hospital.

Fellow Task Force members gathered around the coffin of their fallen colleague Musa singing and dancing.

The camaraderie among members of this elite unit is tangible, singing songs of support to Musa’s family who wept bitterly.

Colleague Sihle Mhlongo told the hundreds of people attending the funeral at Murchison, outside Port Shepstone, that policing was a calling for Musa.

“As a law enforcement officers, we are time and again called upon to do the unthinkable. Although we probably never believe so, or perceive ourselves in such a light, we will be heroes in our own right. And we are called upon to perform deeds that you will never understand.”

Musa’s family cried uncontrollably as Special Task Force commander in Durban Kenny Nyawo recounted how he came upon the bodies of Crime Intelligence colonel Van Der Vyver and Musa after the shootout, outside Nongoma a week ago.

“I walked about 600 to 800 metres and then I found Warrant Officer Musa. He was still sitting in the passenger seat with his rifle still slung on his body.”

For those unfamiliar with Task Force operations, Nyawo explained that Musa died fighting.

“You could see that warrant officer died fighting. He still had his rifle in his hands and he had a firm grip on his rifle.”

Addressing the hundreds of law enforcement officers and people from Murchison, Police Minister Bheki Cele said there is a suspected robber from the heist in police custody in hospital.

The police previously announced the death of seven robbers and two police officers.

Cele says the latest report he received about the three suspects who are on the run, is encouraging.

Cele added that he does not condone police brutality but to defend themselves with deadly force if they feel their lives are in danger.

“Police are human beings too, so they have rights. (You) shouldn’t act as if we don’t have rights, we do. And sometimes you need to decisively defend those rights, including our rights as humans.”