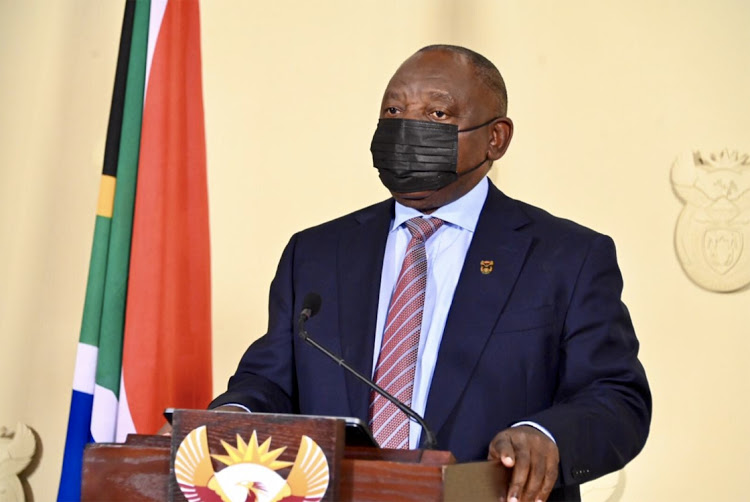 South African President Cyril Ramaphosa delivered a state of the nation address on Thursday promising “decisive” action to stem corruption, as he faces demands for a plan to reverse widening disillusionment with his government.

“The fight against corruption will take on a new intensity,” Ramaphosa said in his first state of the nation address since receiving a report containing damning allegations of how his predecessor Jacob Zuma sold control of the state to wealthy individuals and companies.

The massive corruption and cronyism under Zuma, which South Africans call “state capture”, has been laid out in a series of investigative reports since January.

After a years-long investigation, Constitutional Court judge Raymond Zondo has released more than 1,400 pages of findings — with more still to come.

Zuma was sent to prison in July after he refused to testify to Zondo’s commission. His jailing sparked looting and riots that left more than 350 dead, the worst violence the country has seen since the end of apartheid.

Ramaphosa said he will present a plan of action before June 30 in response to the graft report.

“My responsibility is to ensure that the… report is properly and carefully considered and then acted upon,” he said, vowing to “ensure” those responsible for (graft) are punished for their crimes”.

“While we have taken decisive steps to end the era of state capture, we know that the fight against corruption is far from over,” he said.

Ramaphosa delivered his annual speech from Cape Town’s city hall instead of where it is normally given in the nation’s parliament building, which was gutted by a fire set by an arsonist on January 2.

Ramaphosa said the parliament fire symbolised “a broader devastation in our land”.

“The fire was symbolic of the devastation caused by the Covid-19 pandemic, by rising unemployment and deepening poverty” and it also “reminded us of the destruction, violence and looting” the country experienced.

The economy, already battered by two years of strict Covid-19 restrictions, took another hit and unemployment increased to a record of 34.9 percent at the end last year — up from 30.8 percent a year earlier.

Among young people, the unemployment rate is a stratospheric 64.4 percent.

He blamed the dizzying unemployment levels on low economic growth, caused by decline in investment.

Government had set itself “100 days to finalise a comprehensive social compact to grow our economy, create jobs and combat hunger”.

South Africa’s economy shrank 1.5 percent in the third quarter of last year on the back the riots and tight Covid restrictions.

Ramaphosa extended for another year, a 350-rand ($23, 20-euro) social relief and distress grant given to 10 million unemployed and most impacted due to the pandemic.

He also said the government intended to end the national state of disaster imposed nearly two years ago at the onset of the pandemic, “as soon” as some legislation was finalised. South Africa, counting a third of  Africa’s total Covid cases, is the worth hit country on the continent and imposed some of the harshest restrictions in the world.

In light of a recent report on last July’s riots which laid the blame on his African National Congress (ANC) party as well as the ineptness of his government, Ramaphosa said it would accept the blame.

It “found that cabinet must take overall responsibility” for the riots, and “this is a responsibility that we acknowledge and accept,” he said.

Some 12,000 additional police personnel will be recruited, he said while promised a shake-up of leadership in security agencies.

The report, blamed intelligence lapses for the riots, also said the ANC party’s rifts were so bad that the squabbles were fuelling the risk of turbulence in the country.

“What appears to be factional battles in the African National Congress have become a serious source of instability in the country,” said the report, which was made public this week.

If Ramaphosa wants to retain his office, he will need to ask the ANC, in power since the advent of democracy in 1994, to re-elect him at its internal party conference this year.