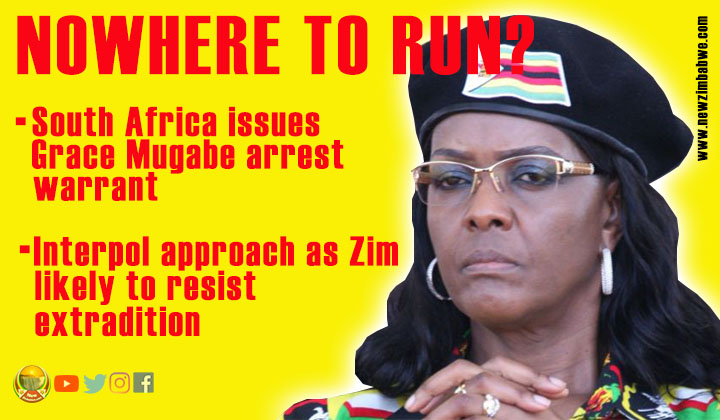 SOUTH African police will seek the assistance of the International Criminal Police Organisation (Interpol) to have former First Lady Grace Mugabe brought to the neighbouring country to face trial.

Right-wing human rights lobby group AfriForum announced Wednesday that it had been advised by authorities that a warrant of arrest against Grace had been granted.

“We have been advised that the National Prosecution Authority has been granted an arrest warrant, said Willie Spies, AfriForum spokesperson.

“We are certain she will be brought here for trial because South Africa, as far as we are concerned, has an extradition treaty with Zimbabwe.

“That should be easy to bring Mrs Mugabe to justice.”

“The police investigated, and we made an application to the courts and the courts granted a warrant for the arrest… for the assault of Gabriella Engels,” police spokesman Vishnu Naidoo told AFP.

“We are following the Interpol (International Criminal Police) processes, so we are applying for assistance to secure her arrest,” Naidoo reportedly added. 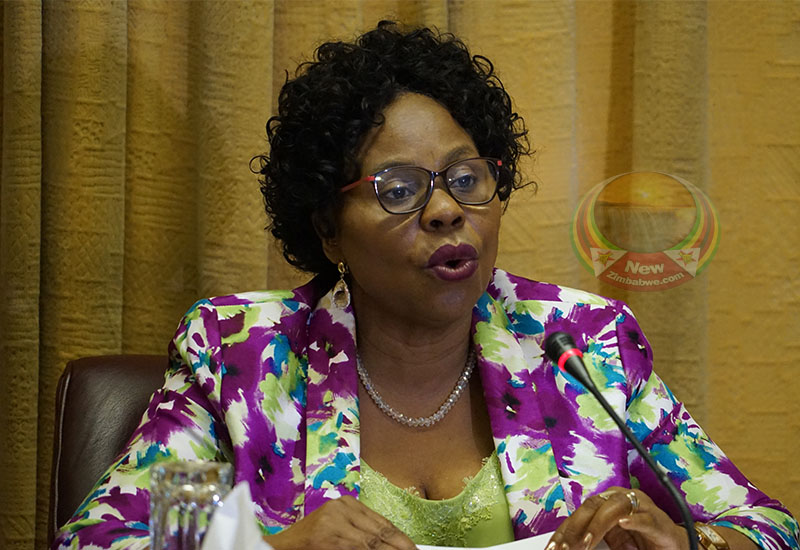 Monica Mutsvangwa would not be drawn on the matter on Wednesday

Information Minister Monica Mutsvangwa refused to comment on the matter.

“This is a Cabinet media briefing and we are only dealing with issues discussed in the last meeting yesterday (Tuesday,” said Mutsvangwa.

Secretary to the President and Cabinet Misheck Sibanda supported Mutsvangwa.

“For the benefit of those who are attending this briefing for the first time. It would be unfair on the ministers to ask them questions unrelated to the discussions that occurred in Cabinet yesterday for which this briefing has been called,” said Sibanda.

A Zimbabwean lawyer who sometimes represents Grace but was not at liberty to be identified said the South Africans might have jumped the gun.

“I cannot speak on her behalf as regards this case, but I am certain she was not on remand and could not have attracted a warrant of arrest.

“There could be an issue of procedural irregularities there,” said the lawyer.

Grace is facing jail for the reported brutal assault on a South African model Gabriella Engels, in August last year.

The then First Lady had stormed into a plush Johannesburg hotel room in which her two sons Robert Jnr and Chatunga Bellermine were partying with the model before flying into a fit of rage.

Grace, who was in South Africa with husband Mugabe who was attending a SADC meeting in Pretoria, was accorded diplomatic immunity by Pretoria authorities and slipped out back home in the dead of night as human rights groups sought her arrest.

She returned with her husband, who was then president of Zimbabwe and attending a regional summit in Pretoria.

However, South Africa’s High Court early this year declared the diplomatic immunity had been illegally granted by then President Jacob Zuma’s government paving the way for a re-opening of the case.

An angry Grace is said to have struck Engels with an electrical extension cable leaving the model with a deep cut on her forehead.

AfriForum, has been vigorously pursuing the case on Engel’s behalf.