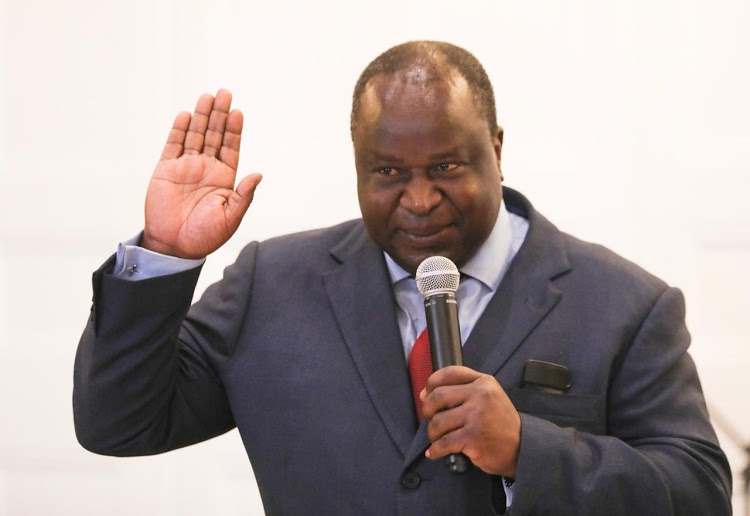 In a live interview with a State controlled radio station Friday, Mnangagwa said Zimbabwe had sought to adopt the South African Rand as its currency in December 2008 after the local dollar collapsed.

Responding to a question on why Zimbabwe has not adopted the Rand given the economic and in particular currency problems the country is facing, Mnangagwa said government has unsuccessfully tried this in the past.

“In 2008 after the local dollar collapsed the former administration (led by former President Robert Mugabe) that I was part of set up a committee of five. I was part of that committee and we decided to approach South Africa with a view to join the Rand Monetary Union.

“We were given a check-list of conditions to meet. Some of them were unacceptable,” said Mnangagwa.

“South Africa’s Reserve Bank wanted to know our GDP and other things that we did not agree with, even any other would not have. This was because they would have had to print the requite value of currency for circulation in Zimbabwe.”

The Zanu PF leader said government then realised it could get around this process by passing local legislation legalising the use of international currencies without necessarily designating them as local currency.

“So we crafted a law and as we speak if the Rand, US Dollar, British Pound and the Euro among other currencies were placed in a basket and they are legal tender as we speak.

“So if anyone wants even to pay their employees using the Rand, they are free to do so. There is no need for people to cry for an official adoption,” said Mnangagwa.

Mnangagwa insisted Zimbabwe will have to come up with its own currency in future.

“But we will have to follow steps in order to make sure all fundamentals are in place and create a firm foundation that will sustain that currency.

“When we introduced the RTGS, it was a plan to deal with the economic problems at that time. I cannot say the steps we will take because they would have to be announced officially following the right procedures. But we will have a currency at some point,” the President said.

Early this year, government designated the local surrogate currency bond note as legal tender rechristening it RTGS Dollar. However, the currency’s value has been tumbling forcing prices of basic commodities to shoot through the roof.