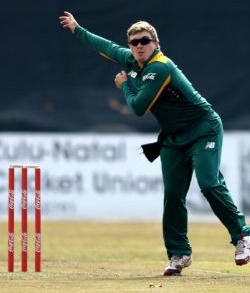 WITH two matches left for them in the ICC U19 World Cup, the Coca-Cola SA U19s are well-prepared for their big, semifinal Plate Championship match against Zimbabwe at Cox’s Bazar in Bangladesh on Monday. They were paired with their neighbouring nation after Zimbabwe beat Canada by six wickets on Friday.
Assistant coach Victor Mpitsang is satisfied with the team’s preparation for the game.
“I thought practice today was good,” he said. “After giving the guys some time off after back-to-back matches for their bodies to recover, it (the practice) was more to fine-tune things ahead of tomorrow’s game.
“Zimbabwe are a good team, this will be a massive game for this section of the tournament. Hopefully the guys will be able to take the learnings from every game they have played so far and put them into this coming match.
“I think the guys are ready,” he continued. “There’s two more games to go in this tournament and we’ve already had our upset against Namibia. Losing to them was very painful. The guys are more patient in what they are doing batting-wise, they have played really well in the last two matches. They have showed really good character, tomorrow is a fresh day and like I said, Zimbabwe are a really good side, we are going to have to be at our best and play the brand of cricket that we know we are capable of.”
Spin bowler Sean Whitehead is happy that the team is back to its winning ways and is looking forward to tomorrow’s match.
“From the CSA Cubs Week tournament, leading up to this tournament we set standards for ourselves and how we will perform in this tournament. We didn’t get off to the start that we wanted and we were knocked out of the main tournament, but we’ve had to move on and keep going forward and not dwell on the past and do our best with what we have now.
“We strive every day to meet the standards that we set while we were back home and to keep doing the right things and just worrying about our own game. Tomorrow, I’m looking forward to another really good all-round performance from the team.”Advertisement