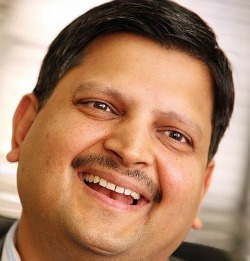 WHO are the Guptas anywhere?  What is their claim to fame?
No other Indian family has captured the imagination and anger of so many people in South Africa than the Gupta family.
When institutionalised corruption is discussed and the name of President Zuma and his family is invoked, the Gupta name looms large.
The contested role of Indians in post-colonial Africa and the subtext of nationalism, necessarily brings to the fore any person of Indian heritage who makes it in business or politics.
In apartheid South Africa, Indians were not spared of the limitations imposed on native Africans but their experiences were far much better.
The broader issues of African identity, citizenship and nation-building are all relevant when the role of Indians in Africa in general and the Gupta family is critically unpacked.
In the public domain, a case has been made that the Guptas, whose relationship with South Africa began in 1993 when the first Gupta brother arrived in the country, are parasitic business actors who have thrived on political patronage yet nothing was known of them in business and political circles during the first five years of their arrival.
The brothers, Atul, Ajay and Rajesh are together known now as the Guptas.  Atul is the middle brother and the public face of the trio.
It has been alleged that they have made their fortune on the back of the black economic empowerment (“BEE”) program established specifically to promote the assimilation of historically economically disadvantaged South Africans.
The Guptas were not supposed to benefit from the program and therein lays one of the grievances by both native black South Africans and their Indian counterparts.
The migration of the Guptas from native India to South Africa has been classified as opportunistically motivated since the BEE works best through persons with high political voltage and connectivity.
Atul’s older brother, Ajay, and the leader of the business empire, started visiting South Africa from 1995 onwards and settled permanently in the country about 10 years ago.
The youngest, Rajesh, who would become Duduzane Zuma’s friend and business partner, joined them in 1997. Their sister, Achla, and beloved matriarch, Angoori, completed the family’s set-up in Johannesburg.Advertisement