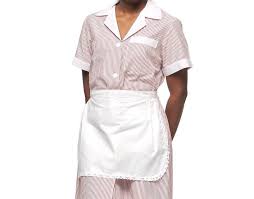 The South African Federation of Trade Unions (SAFTU) says it is shocked by unfolding story of an enslaved Zimbabwean migrant worker in Pretoria, who was used as a sex object by her Saudi Arabian employers.

The domestic worker had allegedly been forced to do more than cleaning and cooking for her employers.

Other duties included rubbing oil on private parts, and pleasuring the madam’s husband now and then.

The couple’s son was also allegedly involved in fondling and touching the domestic workers’ private parts.

Saftu spokesperson, Trevor Shako, said the situation was so bad that the domestic worker involved could not even get off days and would work from Monday to Sunday. Her employers had told her that South Africa had too many public holidays and that’s why she cannot take off.

“According to her, from 2020 to 2021, she has been called on numerous occasions by her female employer to the bedroom where her husband and other children were not home, and she would fine her with warmed olive oil, which she was told to put on her private parts,” Shaku said.

Saftu has called for harsh punishment for her employers.

On another occasion in the evening, the father of the house called the said domestic worker to his room when the rest of the family was in Saudi Arabia.

The male employer allegedly then switched off the lights and then started rubbing his naked body against the shocked domestic worker.

In a statement, the United Domestic Workers of South Africa (UDWOSA) confirmed that a criminal case had been opened at the Pretoria Central Police Station.

She said the domestic worker was later dismissed, and the union was making representations of her behalf at the CCMA.

“They exploited her and sexually abused her, ditched and dumped her. We have taken her unfair dismissal case to the CCMA and opened a sexual harassment case at the Pretoria Central Police station,” Mashiane said.

Mashiane said the union wanted to send a strong message to rich and powerful families who abuse their domestic workers through getting a conviction in this case.

“They should not think that they are untouchable. We are calling on them to respect South African laws, to abide and comply with the law,” Mashiane said.