uMkhonto weSizwe military veterans said they are ready to do their “level best” to protect former president Jacob Zuma from being arrested.

The members of the MK Military Veterans Association (MKMVA) are expected to arrive in Nkandla from 2pm on Sunday, said the association’s spokesperson Carl Niehaus.

About 200 soldiers are being deployed to set up base outside Zuma’s homestead in northern KwaZulu-Natal, and will work in shifts. Their actions on the ground come in the wake of Zuma’s open defiance of a Constitutional Court order to appear before the Zondo commission of inquiry into state capture.

Zuma said he would not obey the order, even if it meant his arrest.

On Thursday, an MKMVA delegation of about 25 — led by the organisation’s president Kebby Maphatsoe, Niehaus and Des van Rooyen — had a marathon 7-hour visit with Zuma at Nkandla. The group, some of whom had knives, surrendered their weapons to security before entering the compound.

Niehaus told TimesLIVE that the vets stood firmly behind Zuma and his public declaration not to appear before the commission. He said that while they didn’t want to incite violence, they would do what they deem “necessary to prevent his arrest”.

“We don’t want and are not in favour of any violence. So, obviously, everyone is wanting for this not to go in that route [of arrest]. It’s not just a matter of supporting President Zuma. We want to make it 100% clear that we are with him and we will do our level best to protect him.

“We sincerely hope that reason will prevail and he will not be arrested. I don’t think anyone should underestimate the commitment of the MKMVA membership to President Zuma,” he said.

He revealed that soldiers would be deployed 24/7 and camp outside Zuma’s residence. He said arrangements had been made for them to be fed and “taken care of”.

Niehaus emphasised the deployment would be funded by a number of “donors”, but he wouldn’t elaborate on their identity. 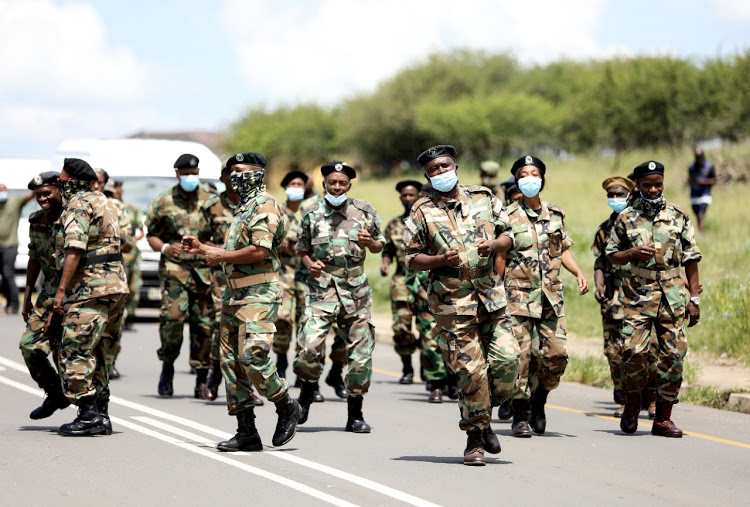 Military veterans outside former president Jacob Zuma’s homestead in Nkandla on Thursday. Members of the MKMVA are expected to stand guard at the home from Sunday, according to the organisation’s spokesperson Carl Niehaus.

“President Zuma will not be paying for this deployment. There are several business people who are prepared to donate money for this,” he said.

Niehaus said Zuma’s arrest would not be good for the country and would be a disaster for the ANC.

“It will definitely cause instability in the country and I don’t think we need that.”

Meanwhile, Mzomuhle Dube of the ANC’s eThekwini region, confirmed that they had partnered with MKMVA, members from the Musa Dladla region and the Nkandla sub-region, to host a mini rally outside Zuma’s home on Sunday.

Dube would not comment on the exact numbers of members who would be deployed to the area.