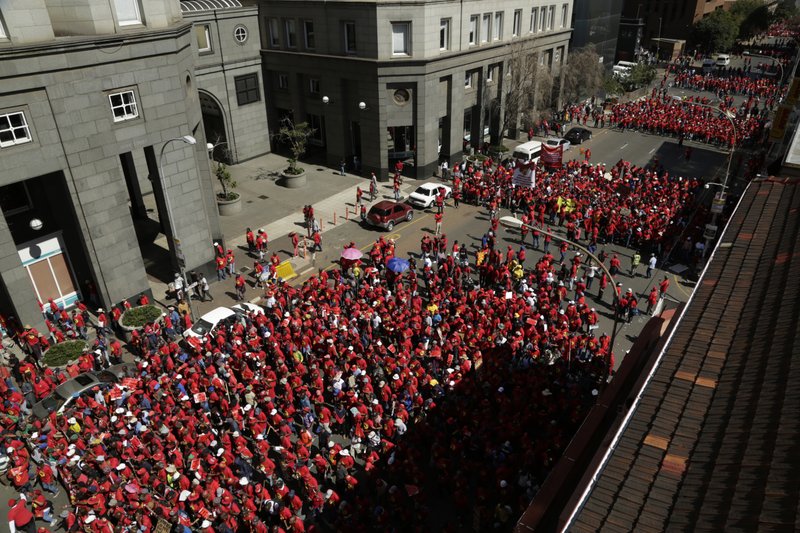 JOHANNESBURG: Thousands of South African workers have demonstrated around the country against a proposed minimum wage, accusing President Cyril Ramaphosa’s government of being hostile to labor.

Members of the South African Federation of Trade Unions on Wednesday marched in downtown Johannesburg and other cities. They said the planned minimum wage of $1.60 per hour is too low and will only deepen poverty in South Africa. Workers from some unions not affiliated with the strike did not participate in the protest.

There were reports of blocked roads, stone-throwing and looting in some parts of the country. South African media outlets say some unrest is linked to local dissatisfaction over an alleged lack of government services.

Ramaphosa took office in February after the resignation of Jacob Zuma, whose presidency was tainted by scandals.