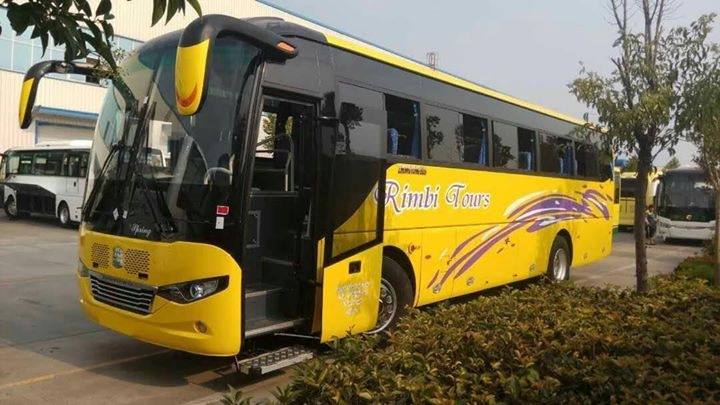 JOHANNESBURG: Zimbabwe-based Rimbi Travel and Tours Bus Service has been fined more than R400 000 by the South African Department of Home Affairs after some of its passengers were caught attempting to enter the country without passports.

The department on Monday said it had, “given Zimbabwe-based Rimbi Travel and Tours Bus Service until end of business today, 29 March 2022, to pay an administrative fine of R420 000 (about US$28,000) for breach of the Immigration Act”.

The law says any conveyor (transport business) that contravenes the provisions of section 35(9), will be liable for a fine of R15 000 for each person who arrives at a port of entry without appropriate travel documents.

Section 35(9) of the Immigration Act places on the person in charge of a transport business the responsibility of ensuring that all foreign passengers travelling through a port of entry have valid passports and relevant valid visas for their travel.

“On 29 March 2021, a driver of a Rimbi Travel and Tours bus arrived at Beitbridge Border Post with 28 passengers who did not have passports,” said the department.

“The driver and the bus company were subsequently fined R420 000.

“Since then, the bus company has been appealing the sanctions in terms of the immigration laws.”

The department said the appeals process has “been concluded and has been rejected, hence the money is due today”.

Transport companies that want to enter South Africa with passengers who do not have valid passports and visas, where required, are fined, denied entry and ordered to return such passengers to the sending country.

The fine is payable within 30 days of issue.

“Anybody that does not respect the country’s immigration laws will face due consequences. Immigration laws of the Republic apply to everyone equally,” warned Home Affairs Minister Aaron Motsoaledi.

“In particular, conveyances that engage in smuggling of persons across the country’s borders will face the full might of the law.

“If Rimbi Travel and Tours does not pay by the end of today, the department will recover the money through legal means.”