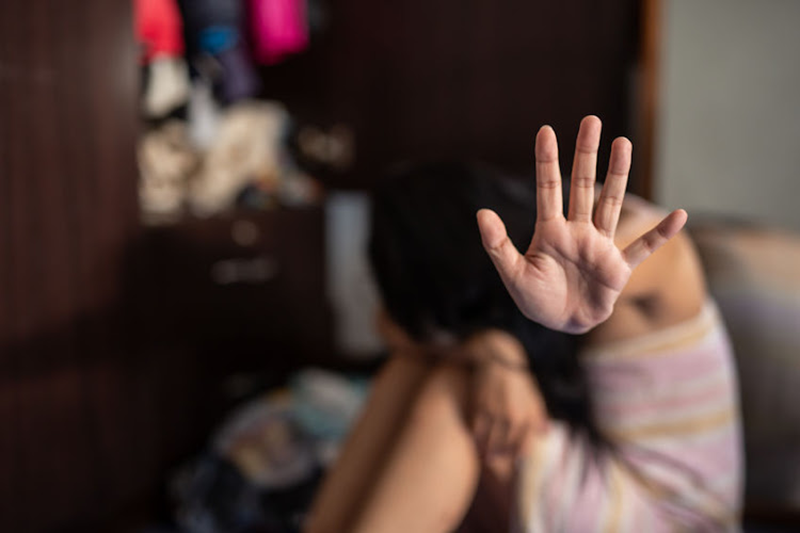 SOUTH AFRICA: Showing no remorse for raping his two daughters, impregnating one of them and selling her off to a neighbour, a father was handed a double life sentence in the Gqeberha regional court on Tuesday.

And while the 40-year-old Zimbabwean national had pleaded guilty to his crimes, magistrate Busiwe Mnyani was not swayed to deviate from the prescribed minimum sentence for the rape of a minor.

Handing down judgment, she said the man, who cannot be named to protect his daughters’ identities, had pleaded guilty not out of remorse for his actions, but because he had no other option.

Mnyani said the seriousness of the offences, and the fact that he had abused his position of power and destroyed the trust relationship between himself and his children  gave her no option but to sentence him to life.

The man had pleaded guilty to two counts of rape and admitted that during March 2020 and March 2021 he had raped his daughters, aged 13 and 15 at the time, on numerous occasions at their Zwide home.

In her address to the court in aggravation of sentence, prosecutor Odia Burt said the man had broken the trust of his own children, had exploited their vulnerability and abused his position of authority.

“There must have been an element of planning,” Burt said.

According to Burt, the children’s mother had left for Zimbabwe before the rapes and was unable to return until April 2021 due to the Covid-19 lockdowns.

She had made arrangements to return to SA after she was informed of what her husband had done.

After the man later learnt that his 15-year-old daughter was pregnant, he sold her to a neighbour.

But shortly after the neighbour took the teen to the Free State, he learnt that she was pregnant and sent her back.

The matter was reported to the authorities and the teen was taken to hospital, where she had an abortion.

Burt told the court that a paternity test was conducted on the foetus and DNA results proved the girl’s father was also the father of her child.

The man’s Legal Aid SA appointed attorney, Luvuyo Ntsilatane, asked the court for leniency, claiming his client was remorseful for his actions and had taken the court into his confidence by pleading guilty.

According to Ntsilatante, the man was the sole breadwinner for his family and as Zimbabwean nationals they were not entitled to receive social grants and so they relied solely on him for financial support.

Mnyani found that the seriousness of the crimes he committed outweighed any exceptional or substantial circumstances to allow for a lighter sentence.

The man had told his 15-year-old daughter that it was part of their culture to have sexual intercourse with her.

He had also instructed his friend and neighbour to rape the girl, telling him he could do what he wanted to with her.