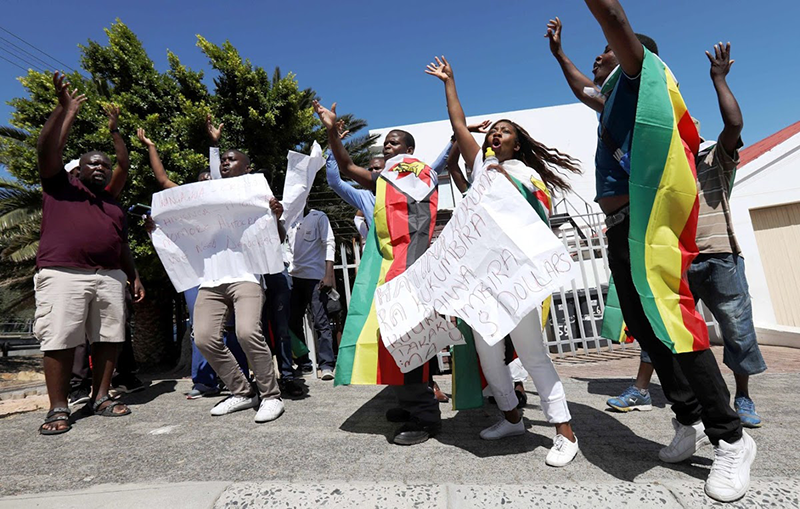 CAPE TOWN: The Zimbabwean Consulate has informed Zimbabwe nationals residing in South Africa’s Free State Province that it will conduct a consular visit to Mangaung (Bloemfontein) from August 30 to September 1, 2022.

The mobile consular exercise will take place at the Ramblers Club, corner Aliwal and Alexandra avenues, Central Business District in Bloemfontein, it said.

All Zimbabwe nationals resident in Free State Province who require consular services should plan to visit the stated venue between 8am to 1.30pm during the specified dates, according to Bulawayo24.

The consulate said that services will be provided on first come- first served basis at a maximum of 275 clients per day.

Earlier this month, South Africa’s International Relations and Co-operation Minister Naledi Pandor told her visiting counterpart, Zimbabwe’s Minister of Foreign Affairs and International Trade Frederick Shava, that Pretoria is grateful for the supportive role played by the neighbouring country in arresting the scourge of illegal migration.

“Dear Minister, I’m sure you are aware that effective management of immigration has been an ongoing challenge for our government,” Pandor said in Pretoria where she co-chaired the mid-term review of the Bi-National Commission (BNC).

The consulate encouraged the Zimbabwean community in the Free State Province to take advantage of this exercise to regularise and update their documents.