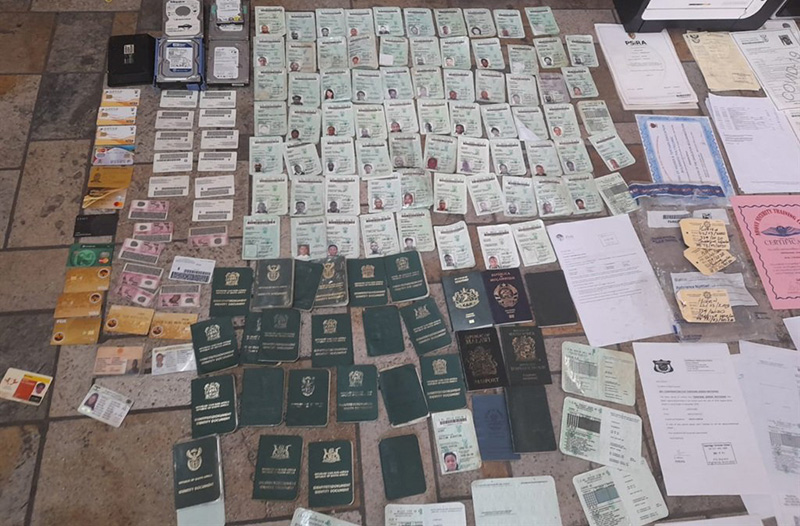 SOUTH Africa: A Zimbabwean national is expected to appear in court on Tuesday, after Gauteng police swooped on a flat in Hillbrow, catching him red-handed while he was allegedly manufacturing various documents, including IDs, driver’s licences, Covid-19 tests and travel documents.

The 47-year-old suspect was arrested last Thursday by police, who were part of Operation Okae Molao in the Johannesburg CBD, when they received a tip-off about a Zimbabwean national who was allegedly selling various documents from his flat.

“There is a possibility that more charges would be added pending the investigation.”

“I would like to thank the community members who continue to be the eyes and ears of the police. As much as we have intensified police visibility on the streets, we still rely on information from the community about the crimes taking place indoors. We promise to act swiftly and decisively when we are given information.

“This arrest is attributed to community members who would not allow crime to be committed under their watch. We appreciate and salute such community members. Working together, we can bring crime to minimal,” Mawela said.