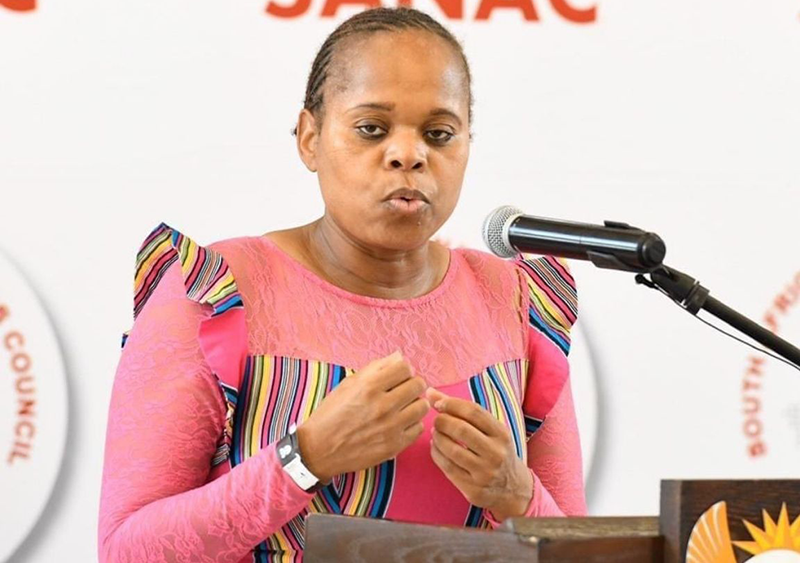 Ramathuba’s filmed address went viral, sparking a heated debate on South Africa’s approach to illegal immigration. Some political parties have heavily lambasted her but some sections of society have rallied behind her.

Last week, ZEF also trended after one of its members Tino Mambeu was interviewed on eNCA, where he fully supported Ramathuba on behalf of Zimbabweans. “It would be unfair to say Dr Ramathuba was xenophobic. She just highlighted the sentiments of many South African politicians and the general masses in that the influx of Zimbabweans has caused serious damage to the health situation in the country.

“It is true that we are over-burning the health system of South Africa. That is beyond reasonable doubt … It is not lost on Zimbabweans that the cause of these problems is not South Africans but our government, led by Emmerson Mnangagwa.

“In that video … as far as she was blaming the patient, she also managed to tell us who is the elephant in the room. She said Mnangagwa is responsible for providing you with health care.

“We as Zimbabweans feel that she has done us justice in highlighting the issues we face daily,” he told eNCA.

However, at the weekend, ZEF chairperson advocate Gabriel Shumba released a statement denouncing their support for Ramathuba. “The ZEF wishes to set the record straight on misleading and sensational social media and other posts that the forum backs Dr Ramathuba …

“First, ZEF does not endorse the harassment and ill-treatment of Zimbabwean nationals (let alone women) anywhere in the world. Such a stance would be diametrically opposed to our mandate and conscience as an organisation championing the rights of Zimbabweans,” said Shumba.

He said the eNCA interview was in no way an endorsement of Ramathuba. “The supposed endorsement of the MEC derives from an interview of Mr T Mambeu, who made the observation that he personally could not say whether the MEC’s contact at this juncture amounts to xenophobia. It will be recalled that this statement was guardedly made in the context of ongoing threats against Zimbabweans in South Africa, and ZEF in particular.

“It cannot be gainsaid that what happened violates the Hippocratic Oath among many other principles enshrined in national and international instruments. What we see in the video is dehumanising, abusive and erodes the dignity of a bedridden woman and cannot be justified.

“We caution against the behaviour of politicians in fuelling an already volatile xenophobic environment while sacrificing Zimbabweans on the altar of political expediency. This is extremely dangerous and inexcusable and can easily lead to crimes against humanity.

“We request the Embassy of Zimbabwe, bilateral platforms and other organs of the SADC discuss all unresolved issues to find lasting solutions.”

While attempts to reach Mambeu proved fruitless, he posted a message on his official Twitter page, almost repeating what he said during the interview. “These issues must be addressed in Zimbabwe before rushing to label Dr Ramatuba xenophobic… ”

Meanwhile, the SA Medical Association Trade Union (Samatu) in Limpopo blamed Ramathuba for the collapsing health-care system in the province in a scathing statement.

“The issue of illegal immigrants seeking medical services did not start yesterday … Her stunt was insensitive towards the patient. The black poor and disenfranchised are always the first casualties of a failing state; therefore the patient was used as scapegoat.”