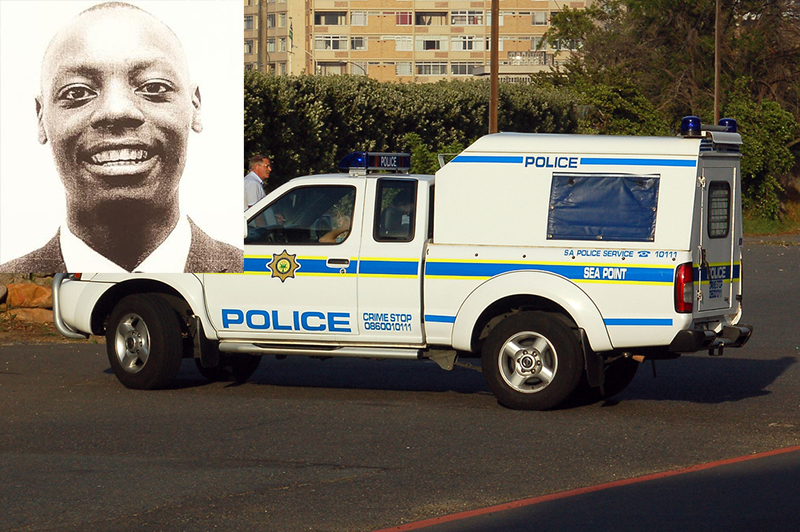 CAPE TOWN: A manhunt is under way for a Zimbabwean wanted for the murder of a British resident in his Cape Town flat last weekend.

Police have since issued an arrest warrant and put out an identikit for Iryvine Dzvitiro, 24.

The Zimbabwean is wanted in connection with the murder of Upendra Galegedera after he allegedly stole the victim’s car, changed the number plates to register it in his name and then bizarrely reported a theft of the vehicle at Sea Point police station where the murder docket had been opened.

The suspect did this, said a police source, on the same day that cops found the bloodied body of Galegedera, 50, originally from Hertfordshire in the UK, at his Hillside Heights flat in Wessels Road, Green Point.

He had been stabbed to death and there was evidence of a struggle.

On Friday night police officially announced that Dzvitiro was wanted for Galegedera’s murder and that an arrest warrant had been issued.

The police source could not elaborate on why Dzvitiro would have risked reporting the theft out of Galegedera’s stolen Audi A3, nor confirm if he had reported it before or after police found Galegedera’s body.

“The suspect probably thought it would take days or weeks for the body to be found,” said the source.

But the gruesome discovery came sooner than expected after concerned UK relatives reported to police that Galegedera was not returning their calls.

Sea Point police investigated and, after breaking down the front door to his sixth-floor flat, found his bloodied body.

Police also seized CCTV footage of Dzvitiro arriving at Hillside Heights with Galegedera and then leaving alone in the victim’s white Audi A3.

On Monday, Dzvitiro tried to register Galegedera’s Audi in his name after fitting false number plates.

“He wanted to drive the car back to Zimbabwe,” said the source.

“But when he couldn’t get this right he dumped the car.”

Police confirmed this week that the Audi had been found on Tuesday near the victim’s flat in Prestwich Street.

Some sources said that the suspect also lived at Hillside Heights. But according to the police source Galegedera had picked up Dzitiro at a gay nightspot last weekend.

“Detectives suspect that he went home with the victim not for sex, but to rob him and that the victim was stabbed to death when he resisted,” said the source.

Police spokesperson Captain FC Van Wyk said: “The investigation into this matter is currently in a very sensitive stage and this office cannot elaborate further on this matter.”

“If you know the whereabouts of 24-year-old Iryvine Dzvitiro or can assist with information that will lead to his arrest, kindly contact Detective Sergeant Christopher Botha on 021 430 3700 or 079 894 1317 of Sea Point police, as he is wanted for murder. Alternatively Crime Stop can be contacted on 08600 10111.”