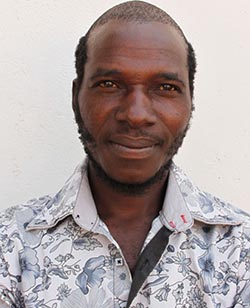 COMEDIAN of the moment David Mubaiwa, popularly known as Sabhuku Vharazipi by his legion of fans, has not been nominated for the 13th Edition of the National Arts Merit Awards (NAMA) to be held in Bulawayo for the second time on Saturday.
The popular theatre production was transformed into a short, low budget video production some three years ago and was evolved to a feature film and hit the big screen late last year. The production is under ZIYA Cultural Theatre Club based in Shashe resettlement scheme in Masvingo.
The NAMA nominees were announced last week by National Arts Council of Zimbabwe (NAC).
Surprisingly however, the current most popular comedy was not nominated in any categories such as Film and Television, Outstanding Screen Production Short and Full length and Outstanding Screen Production (Television).
In a telephone interview main actor Mubaiwa said they submitted their work to NAC but surprised why they did not make it despite the demand of their DVD s.
“Probably the adjudicators did not find our work to their liking but this will not deter us from producing what our audiences like and we wish those nominated good luck” said Mubaiwa.
The drama’s theme is based on the abuse of power by headmen and chiefs in rural and remote areas.
The 2013 edition received 664 entries and only 35 winners will receive a trophy and a certificate
The drama club also got $4 000 from the Culture Fund Zimbabwe for the production of Sabhuku Vharazipi 2 and $10,000 from Zimpapers.
To date ZIYA has produced plays such as The Voice, Idler’s Corner, Streetwise and Nhamo’s TroublesAdvertisement