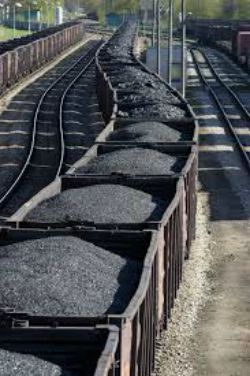 AIM-listed Sable Mining is to build a 600 MW coal-fired power station in Zimbabwe as the country accelerates the processing of private partnerships to offset a power deficit that has crippled productive sectors.
Zimbabwe’s power woes stem from aged power plants, while experts have also blamed current power shortages on poor planning by the government.
Power cuts have worsened as the state power utility is carrying out maintenance work at some of its power plants. Production from the Kariba hydro-power plant has been reduced as water levels in the dam have gone down, according to officials.
Private partnerships and private sector investments are being approved by the government to help offset the power crunch. Sable Mining said on Monday it will build a thermal power plant which will be supplied with coal by its Lubu concession near Hwange.
Sable Mining CEO Andrew Groves said “there is a major demand for secure and reliable power supply” across the southern African region. He added that the government of Zimbabwe has given the thumbs-up to the deal to construct a 600 MW power plant in the country.
Sable Mining will be partnered by Chinese construction company CITIC Group in building the power plant. Its Lubu coal concession covers an area of 19 236 hectares with rich coal deposits.
“This (power plant construction) will represent a significant step forward in solving the ongoing energy deficit which is currently presenting significant obstacles to development within southern Africa,” said Groves.
A memorandum of understanding has already been signed. It has the backing of the Ministry of Energy and Power Development, which has been mandated to spearhead and promote energy and power development projects and investments in Zimbabwe.
“The combination of our quality coal together with CITIC’s access to power plant infrastructure, financing and construction expertise has the potential to create a long-term power supply,” said Groves. He added that due to Lubu’s strategic location in north-west Zimbabwe, it could supply both domestic and regional demand once connected to the established power grid.
Other power plants in Zimbabwe include the Hwange coal-fired power plant and smaller plants in Harare and Bulawayo, bringing its overall power generating capacity to 1 300 MW, which however is still below peak demand of around 2000 MW.Advertisement

Southern Africa is facing a power deficit, with Zambia and South Africa also now experiencing power outages.
This has hammered mining and manufacturing sectors in the region amid a bleak short-term outlook on electricity supply.