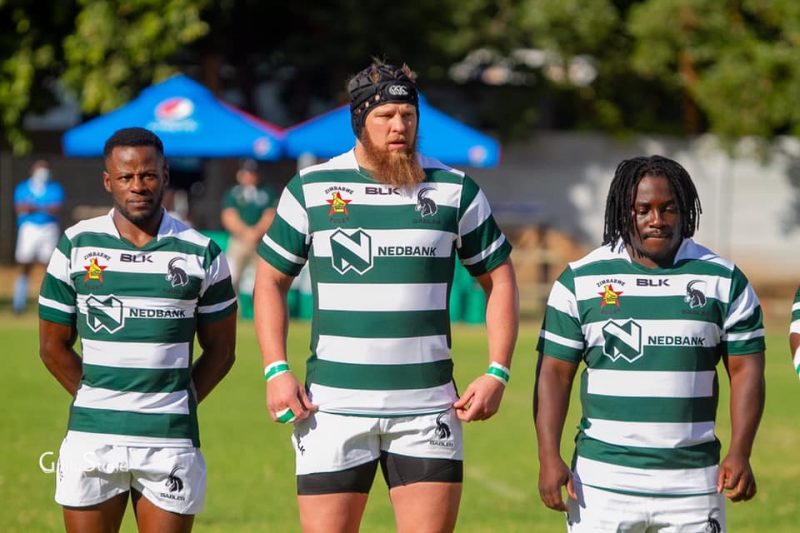 ZIMBABWE capped off a successful week of friendly matches ahead of next month’s Rugby Africa Cup after hammering neighbours Zambia 56-3 in an international friendly played at Harare Sports Club Saturday.

The win was the Sables’ second consecutive win over their southern African neighbours three days after winning the first match 31-8 at the same venue last Wednesday.

Winger Shingirai Katsvere starred for the Sables after scoring an incredible four tries with the other five-pointers coming from Martin Mangongo, Hilton Mudariki, Brandon Mudzekenyedzi, Biselele Tshamala, and a brace from replacement flyhalf Keith Chiwara.

The hosts could have won by an even bigger margin, but scrumhalf Mudariki struggled with his goal kicking as the Sables converted only three of the 10 tries they scored in the match.

Zambia put up a good fight in the Sables, limiting the Sables to just two unconverted tries from Mangongo and Katsvere while they hit back through a penalty by flyhalf David Kalolo.

In the second half, the Sables took the game to the Zambians with an exciting brand of attacking rugby to score eight unanswered tries to cap off a successful week of preparations in style.

After the matches against Zambia, the Sables will face a tougher test against Namibia in back to back Test matches in Harare and Windhoek on June 12 and 19 respectively as they Sables intensify preparations for the Rugby Africa Cup, which also serves as a pathway for the 2023 Rugby World Cup qualification.

Meanwhile, in matches played earlier at the same venue, Zimbabwe Under-20 registered their third successive win over Zambia Under-23 with a convincing 65-12 win while the Zimbabwe women lost 17-382 to their Zambian counterparts for their second successive loss in three days.