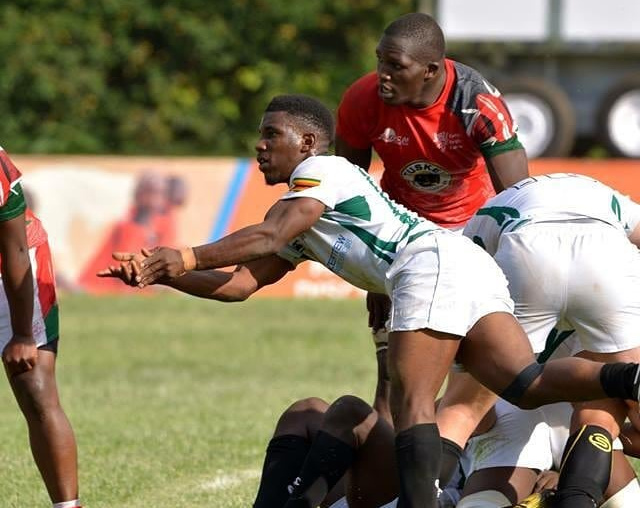 ZIMBABWE Rugby has lost one of its brightest prospects after talented scrumhalf Ernest Mudzengerere announced his retirement from the international game at a tender age of 23 to focus on his studies.

The former Prince Edward prodigy who has earned several caps with the senior national rugby team, the Sables has decided to pursue a career outside of the game.

This is despite the Sables hierarchy doing everything to persuade him to reconsider his decision.

“Thanks to everyone that supported me over the last 15 years of my rugby career. I never thought this time would come this early in my life but well, it’s time to say goodbye to the sport I loved the most,” Mudzengerere said.

“Thanks to all my coaches that helped me and everyone that supported me.”

Mudzengerere, affectionately known as Stongy in local rugby circles, has established himself as a key player in the Sables squad since being handed his international debut in a Rugby Africa Gold Cup match against Morocco at Harare Sports Club two years ago.

The diminutive scrumhalf was part of the Zimbabwe Academy side which made its debut in the SuperSport Rugby Challenge last year.

He was to feature prominently in the Sables squad which lifted the 2019 Victoria Cup title.

Tsongy said he would now be concentrating on his studies as he seeks to become a chartered accountant while also pursuing his other passion for fitness training.

“I’m just going to focus on my accounting. Currently, I’m studying with ACCA (Association of Chartered Certified Accountants). I’m just pushing so I can get out of the way and getting a qualification,” he said.

“I am also considering starting a fitness training course as well. I’ve been involved in the fitness field for two years now.”

The Old Hararians player said he was grateful for the support he received from the Zimbabwe Rugby Union (ZRU) leadership which includes current president Aaron Jani and his two deputies Losson Mtongwiza and Martin Shone.

“I am so grateful for what they did for me. They gave me an opportunity to get into the gym and start working, they were funding for all that.

“They were doing that for a number of guys which is commendable.

“If they continue with this enthusiasm, I think Zim Rugby is going to get better with time.

“They are doing a great job. It’s tough times for Zim and fact that there is hope in what they doing, I think it’s a great sign for us and it’s good for the sport.”