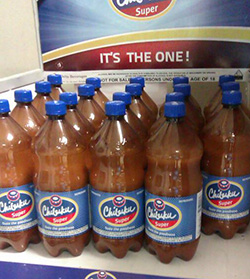 DELTA Beverages has said its low-cost, mass market sorghum beer – Chibuku Super – is key to the growth of the group’s revenue as it turns to markets previously dominated by informal players in the face of slowing clear beer volumes.
SABMiller, the leading multinational brewing and beverage company which owns 40 percent of Delta, said Chibuku Super and Impala (Mozambique’s commercial cassava beer) were key to the group’s efforts to tap into the informal alcohol market which had dwarfed formal alcohol business in Africa.
“By developing new affordable brands, such as Chibuku Super and Impala (the world’s first commercial cassava beer in Mozambique), and maintaining moderate pricing regimes on our beer brands, SABMiller expects to win share from the informal alcohol market and achieve significant long-term volume growth in Africa,” said Mark Bowman, managing director SABMiller Africa in an update of the group’s operations in Africa last week.
Sorghum products have been Delta’s best performing line in the past two years when demand for other beverage types started weakening, but volumes dropped by one percent in the third quarter to December 2014 due to constrained brewing capacity and utility outages.
SABMiller, the world’s No. 2 brewer, in 2012 took the Chibuku brand to several sub-Saharan African countries to tap into the fast-growing beer market across the continent.
Bowman said SABMiller sees more affordable beer and middle class aspirations as the biggest growth opportunities in Africa.
“Africans drink nine litres of beer per head per year, compared with a global average of 45,” he said
“So as Africa develops and levels of disposable income increase, we expect the rate of beer consumption to grow significantly.
“Additionally we anticipate strong GDP growth in Africa which supports our optimism.”
He said consumer access to affordable, formal alcohol and developing brands that tap into local pride and unlock the aspirations of the growing middle class who are seeking more premium brands will be key drivers of top-line growth for its business across Africa.
“The informal market continues to dwarf formal alcohol in Africa. While homemade or illicit alcohol poses a potential health risk to consumers, it is considerably cheaper so our challenge is to ensure that we provide price-sensitive consumers with affordable, high quality alternatives,” he said.Advertisement

“The potential for growth by bringing consumers into the formal alcohol market is substantial.”