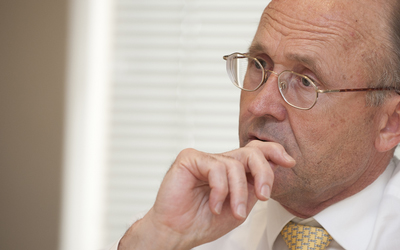 THE world’s second largest brewer, SABMiller, has promptly rejected an improved takeover proposal from Anheuser-Busch InBev, saying its 68 billion-pound ($104 billion) valuation was “very substantially” under par.
SABMiller controls 40 percent of Zimbabwe Stock Exchange-listed Delta Corporation.
Refusal of the offer, made public on Wednesday after earlier proposals were refused privately, opens the door to a week of intense wrangling before an Oct. 14 deadline for a formal bid set by the UK takeover panel.
The deal would be one of the biggest in corporate history, uniting the maker of Budweiser, Corona and Stella Artois beers with that of Peroni, Grolsch and Pilsner Urquell. The combined entity would make nearly a third of the world’s beer.
AB InBev realistically needs access to SAB’s private financial data if it is to make an informed formal bid, but said that so far the board had not engaged meaningfully.
A deadline extension can be granted if SABMiller asks for it, and AB InBev wants shareholders to lobby the company.
“The deadline is approaching and we thought we should make it public,” AB InBev CEO Carlos Brito said on a conference call.
“Now it’s up to the shareholders to have a look at it. If they think this is a good offer, they should act and encourage the board to engage.”
Brito said he was committed to a friendly deal, but did not rule out going hostile.
“I don’t want to go there now. I think there’s too much to be gained in the next few days,” he said.
Shareholder response
Belgium-based AB InBev went public with its offer of 42.15 pounds in cash per SABMiller share, after the board rejected two prior approaches, at 38 and 40 pounds.
The offer includes a discounted cash-and-share alternative designed only for SAB’s two largest shareholders, Altria Group and BevCo.
The discount aims to satisfy their desire to avoid huge taxes on cash gains and ensure all other shareholders accept cash, which would be financed with the help of a $70 billion debt package being lined up.
Altria, the tobacco group which has 26.6 percent of SABMiller, said it supported the bid and would be prepared to opt for the share alternative.
AB InBev said it lacked the support of BevCo, controlled by the Santo Domingo family of Colombia. Representatives for BevCo, which owns about 13 percent of SABMiller, could not be reached by Reuters. BevCo has two seats on the SABMiller board.Advertisement

SABMiller said its board, excluding the three members nominated by Altria, unanimously rejected the proposal.
“It still very substantially undervalues SABMiller, its unique and unmatched footprint, and its standalone prospects,” the UK-based company said in a statement.
SABMiller Chairman Jan du Plessis called his company “the crown jewel of the global brewing industry” and said AB InBev’s proposals were designed to be unattractive to many shareholders.
Lawyers not involved in the deal interpreted SAB’s language as implying that it could want as much as 10 percent more than the proposed price, which amounts to a 44 percent premium to SAB’s share price before news of AB InBev’s approach was made public on Sept. 16.
AB InBev’s CEO called the price “full” and said SAB’s board was “over-optimistic” about its standalone prospects, saying the company would need an almost 50 percent jump in operating earnings in U.S. dollars to make up the value he is offering and that would likely not happen for at least three or four years.
The cash-and-share alternative, which is technically open to all shareholders, would give them 2.37 pounds per share plus 0.48 special unlisted AB InBev shares that are convertible into ordinary stock after a five-year lock-up period.
Given that AB InBev intends to use this instrument to acquire the stakes of Altria and BevCo, which together own about 41 percent of the company, SABMiller said the implied price tag was only 40.21 pounds per share, or 65 billion pounds ($99.53 billion).
RBC Capital Markets analysts said the proposal appeared some way below a “knock-out” bid, and Bernstein Securities said a higher bid, and acceptance, was the most likely outcome.
SABMiller shares closed up 0.3 percent at 37.24 pounds, while AB InBev closed up 0.6 percent in Brussels at 98.65 euros.
Africa the prize
Analysts have long seen this deal as the likely end-game for decades of industry consolidation, as the big four – AB InBev, SABMiller, Heineken and Carlsberg already brew over half the world’s beer.
It would add Africa and certain Latin American and Asian breweries to AB InBev’s presence across the Americas.
“We believe Africa in particular will be a key driver for the joint company in the future,” Brito said.
AB InBev also said it planned to establish a secondary share listing and regional headquarters in Johannesburg, where SABMiller has a secondary listing, which local investors have said they want retained.
Public Investment Corp, a South African state-owned firm with a 3.4 percent stake in SABMiller, said the listing addressed one of its concerns and that it would wait for guidance from SABMiller’s board.
AB InBev, partly controlled by 3G Capital, a private equity fund run by a group of Brazilian investors, has a strong track record for takeovers, followed by keen cost-cutting, but Brito declined to say what potential synergies a SABMiller deal might realise.