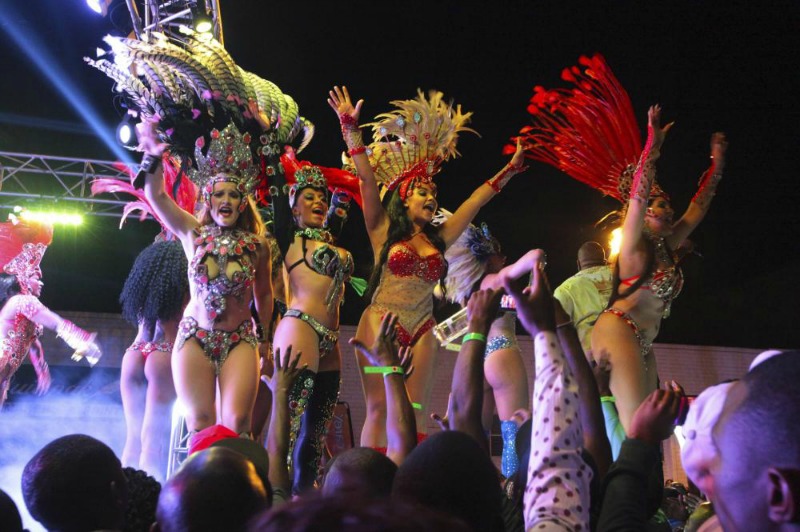 The Southern African Development Community (SADC) Chapter of the Afro-Sino Cultural Exchange Association was launched here on Tuesday amid efforts to further boost cultural ties between China and southern Africa.

The launch was done under the auspices of the second Belt and Road Initiative (BRI) Afro-Sino Art Exchange Exhibition that is underway in Zimbabwe’s capital Harare.

The three-day exhibition opened Monday evening with more than 120 pieces of art from China and Africa on display, while more than 21 artists from China are also participating in the exhibition, the brainchild of Afro-Sino Cultural Exchange Association headquartered in Kenya.

The SADC chapter is the first of five regional chapters that the Afro-Sino Cultural Exchange Association hopes to establish in Africa by August next year.

Speaking at the launch, Chairperson of the Afro-Sino Cultural Exchange Association Franklin Asira said the association was in response to China’s growing call for closer cultural ties between China and Africa under the Belt and Road Initiative.

He said while Chinese and African governments already have agreements on cultural cooperation at government level, the association’s aim was to have these cultural ties cascaded down to the grassroots level.

“The idea behind the initiative (association) was to trickle all the way down to the grassroots so that the common you and me will actually share in the beauty of cultural exchange,” Asira said.

He said he felt proud on the launch of the SADC chapter, which will be headquartered in Zimbabwe.

The SADC chapter will be led by the director of the National Arts Council of Zimbabwe, Nicholas Moyo, who will be deputized by Chinese entrepreneur Steve Zhao.

Moyo said the launch of the SADC chapter in Zimbabwe was significant.

“Beyond today, we will start organising ourselves into a formidable body that will push and promote the development of the voice of the artists through various platforms and activities within our country and beyond Zimbabwe,” Moyo said.

He said Zimbabwe will do its best to ensure that arts and culture is brought into the center of economic development in southern Africa.

Chairman of the Afro-Sino Cultural Fund Liu Qitong said his organization is keen to grow synergies between artists from China and Africa.

Meanwhile, an Afro-Sino cultural forum was also held where artists and officials from the two sides exchanged views and ideas on growing cultural ties.

Dean of Academy of Arts and Design at China’s Tsinghua University Lu Xiaobo underscored the need for African artists to produce high-quality art and cultural products for easy marketing in China.

He also spoke on the need for the two sides to continue preserving their local cultures in the face of globalization.