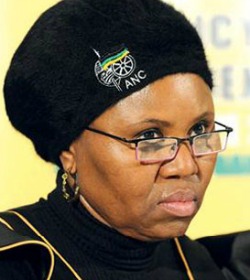 AT the launch of his political party (Zanu PF) manifesto for the July 31 2013 harmonised elections last Friday, President Robert Mugabe made some rather shocking remarks as regards the Southern African Development Community (SADC) The statements may be forgivable given that they were made within the context of our never ending electoral campaign season but they would still warrant reasonable critique.
When President Mugabe intoned that SADC was after all a membership organisation and that Zimbabwe reserved the right to withdraw its membership if it felt its rights as a sovereign state were being violated, it was as though he was speaking about the Commonwealth or our membership of some abstract nostalgic colonial organisation. President Mugabe opinions, on the face of it, may appear to be fair statements were it not for the fact that Zimbabwe owes components of its liberation struggle and achievements to the then Frontline States and subsequently the Southern African Development Coordinating Committee (SADCC, now referred to as SADC).
Given the fact that SADC is not an ahistorical, let alone, simplistic geographical grouping of nations, President Mugabe’s statements were unfortunate; more-so because they come from a liberation struggle icon not only in Zimbabwe but also in the Southern African region. This is an important point to make because even if Zimbabwe’s inclusive government was established via the facilitation of SADC, the meaning of the political importance of the latter cannot be downplayed on the basis of an ephemeral diplomatic tiff.
As has been widely reported in the media, when President Mugabe accused members of the SADC facilitator’s mediation team of being ‘street kids’, he probably meant South African President Jacob Zuma’s international relations advisor, Lindiwe Zulu.  While one cannot argue with the President in finding fault with the manner in which Zulu has conducted herself as regards the Zimbabwean political impasse, the fact that he then had to intimate that our country would possibly ponder a withdrawal from SADC was to say the least, an over-reaction.
Disputes with the SADC-appointed facilitator’s representatives cannot be allowed to undermine the historical political integrity of SADC.  Zimbabwe’s independence would not have been won without our neighbours. Agreed, the same can and should be said for South Africa (which has found itself in the unenviable role of a post-colonial hegemony) which attained its independence after a collective regional push for the freedom of its people from the clutches of apartheid.Advertisement

It is trite to note that the visionary leadership of the late Samora Machel and Julius Nyerere as well as the living Kenneth Kaunda remains evidence enough of the significance of SADC to Zimbabwe’s liberation as well as that of the country with which President Mugabe appears to have differences with (both as a facilitator and a pretender to the Southern African political throne).
It, therefore, becomes important to emphasise that Zimbabwe has an umbilical cord with the Southern African region. It’s independence and that of those states that attained liberation after Tanzania and Zambia was contrived from a unique African regional solidarity that not only united liberation movements but the peoples of Southern Africa. Dar es Salaam and Lusaka were liberatory cities, not in and of themselves but more because the Southern African peoples thought and felt them to be the cities of our liberation from colonialism. It is therefore borderline (and can only be) moot to wish to withdraw from a regional organization that represents our rich liberation struggle history.
Perhaps latter day leaders do not understand this history as much as President Mugabe, given the fact that he too is a product of the same said regional history of struggle. It is however key that the Zimbabwean President understands that he is one of the key harbingers of this same history which he cannot dismiss with angst all because of a regional facilitator’s assumed misdemeanours. Southern Africa, if the truth be told, is the sum total of its liberation struggle related historical past and its organic present.
To put into the public arena, the thought of a Zimbabwean withdrawal from SADC is thoroughly ahistorical and unfair to the narrative of peoples’ struggle solidarity across borders. In contemporary times, the revolutionary solidarity of old may no longer exist and neither is the world as binary as it was during the Cold War. And frankly speaking, in our region national, leaders will react differently to various issues depending on their political aptitude as well as their domestic challenges. Whoever they are and whatever their challenges they cannot easily dismiss the history of Southern Africa’s people-centred struggle for liberation and the attendant regional solidarity that accompanied it.
It has been said elsewhere that South Africa’s current president may not have as nuanced, let alone as organic a view of international relations, but that does not mean his perceived mistakes are tantamount to an outright dismissal of the political significance of SADC. Indeed Zimbabwe has been on the backburner of global and regional hegemons, but in the case of SADC, no matter how upset we might get with whoever is interacting directly with us, we cannot ever think of withdrawing from it.