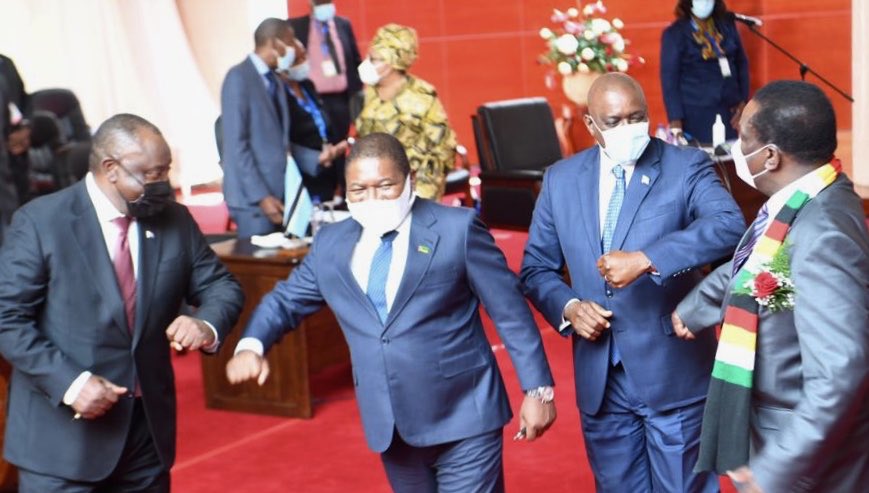 A SADC Heads of States meeting attended by President Emmerson Mnangagwa in Maputo, Mozambique this Thursday has agreed an “immediate technical deployment” to help that country fight “acts of terrorism against innocent civilians, women, and children”.

The summit came after SADC received criticism for its quiet diplomacy approach to Mozambique’s terrorism problem.

The aim of the Extraordinary Double Troika Summit was to come up with an action plan on how to respond to the militant attacks in Mozambique’s northern region of Cabo Delgado.

Last month, dozens of people including a South African man were killed when the militants attacked a hotel in the town of Palma.

In a communique released after the summit, SADC expressed sympathy to the affected families.

“Double Troika Summit received a report from the Organ Troika on the security situation in Mozambique, and noted with concern, the acts of terrorism perpetrated against innocent civilians, women and children in some of the districts of Cabo Delgado Province of the Republic of Mozambique; condemned the terrorist attacks in strongest terms; and affirmed that such heinous attacks cannot be allowed to continue without a proportionate regional response.”

The SADC leaders also directed that technical be immediately deployed to Mozambique.

As the SADC leaders were meeting in Maputo, reports said 12 people, possibly foreigners, were found beheaded after an attack in Palma, a local police commander told state TV station TVM.

The police commander Pedro da Silva told journalists visiting the town he could not be sure of the nationalities of the 12 people, but he believed they were foreigners because they were white.

“They were tied up and beheaded here,” he said in TVM footage broadcast, as he pointed to spots of disturbed earth where he said he buried the bodies himself.

After the meeting, Mnangagwa wrote on Twitter; “From my SADC meeting today with @CyrilRamaphosa, @OfficialMasisi and HE Filipe Nyusi there was only one goal: To find a solution to the security crisis in Mozambique for the protection of our region. We will act urgently to ensure peace for the benefit of all our peoples.”