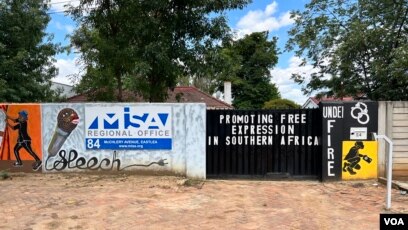 SOUTHERN African governments have regrettably resorted to shutting down the Internet when faced with growing citizens’ dissent expressed through social media platforms, a media lobby group has said.

Kikwete is chairperson of Southern African Development Community (SADC) Panel of Elders, an august advisory body on political and conflict resolution issues in the region.

The letter was copied to SADC chairperson, Malawian President Lazarus Chakwera, and SADC executive secretary, Elias Magosi, among others.

“We write to bring to your attention, Your Excellency, the challenges posed by internet shutdowns. In our view, this is the most calculated assault on the right to access to information and expression as outlined in the Declaration of Principles on Freedom of Expression and Access to Information in Africa, which provides for the Internet as a human right,” said Maunganidze.

He said trends in 2021 confirmed regional governments are increasingly resorting to Internet blackouts whenever in uncomfortable situations.

“In 2021, three countries shut down the internet, namely, the Democratic Republic of Congo on March 21, during presidential elections and the Monarch of Eswatini twice on June 29 and October 15 in response to protests.

Maunganidze said security of journalists was threatened and MISA is prepared to advise Kikwete and his Panel of Elders to mediate in conflict situations and interpret African media-related instruments and protocols such as the African Declaration on Internet Rights and Freedoms.

According to the Reporters Without Borders 2022 World Press Freedom Index, several Southern African countries recorded sharp declines in their rankings compared to the previous year.

Botswana, one of the countries which had a long democratic standing in the region, fell from number 38 in 2021 on the global rankings to 95 in 2022, a worrying drop of 57 places in a single year.

In 2021, Botswana, Malawi and Zambia positively scaled the ladder, raising high hopes for the increasing number of shining examples in the region.

This year, of the three countries highlighted, only Zambia maintained its momentum.

“MISA is, thus, concerned with this unfolding and disheartening trajectory. Another cause for great concern is the propensity of Southern African governments to resort to fake news laws. The fake news regulations, which started with South Africa, triggered similar laws in Botswana, Zambia, Eswatini and Namibia, among others, in the year 2020,” further wrote Maunganidze.

MISA, he added, is further concerned with regional consensus on snooping on the Internet without much attention and due regard to the enjoyment of fundamental human rights, particularly the protection of citizens’ right to privacy.

“Further, new proposed laws such as the Private Voluntary Organisations (PVO) Amendment Bill and the mooted Patriot Bill in Zimbabwe, have the potential of sounding the death knell for freedom of expression.

“The government of Malawi is also in the process of coming up with an NGO legislation, with the potential to further shrink the civic space in that country.”

MISA is a regional non-governmental organisation with members in eight SADC countries.