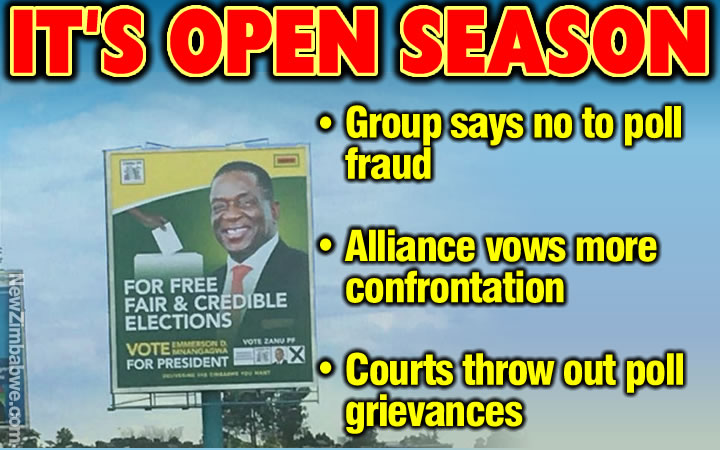 THE Southern African Development Community (SADC) observer mission says it will not endorse a bogus election in Zimbabwe.

The 63-member SADC team‚ led by Angola’s secretary of state in the External Relations ministry‚ Tete Antonio‚ said after meeting political parties in Harare at the weekend that they would not endorse a sham election as their mandate was to witness a fully democratic process.

Political instability in Lesotho‚ skirmishes in the Democratic Republic of Congo (DRC)‚ Madagascar – where elections are due in November – and Zimbabwe’s military-engineered removal of Robert Mugabe have cast a bad light on the region in recent years.

“We spoke (to the parties) about consolidating democracy and we understood that democracy is a process and elections are only a part of the process. With the issue that was raised regarding reforms‚ we understand that steps were undertaken and we have taken note that 13 changes were done‚” Antonio said.

The MDC Alliance is leading protests over issues such as the design of the ballot paper and security around the ballot papers. These issues were raised by the SADC team at a meeting with the Zimbabwe Electoral Commission (ZEC).

Protests by the alliance were scoffed at by President Emmerson Mnangagwa who said that the July 30 poll would be the most transparent election in the history of the country. He urged the opposition to approach the courts with their grievances. “Government has no role in controlling or influencing ZEC at all.

They are guided by the Constitution and Electoral Act of the country. Those who feel that the ZEC has not complied with the law or constitution‚ our courts are open to deal with such issues‚” he said.

So far‚ grievances brought before the courts in relation to the polls have been thrown out‚ including the latest by visually impaired voter Abraham Mateta who sought an order to have the electoral body print a braille version of the ballot paper.

High Court Judge Charles Hungwe said according to law‚ a visually impaired person was allowed to bring a trusted assistant when casting their vote.

A 2014 report from the University of Zimbabwe said at the time that nearly 10% of the population was visually impaired.