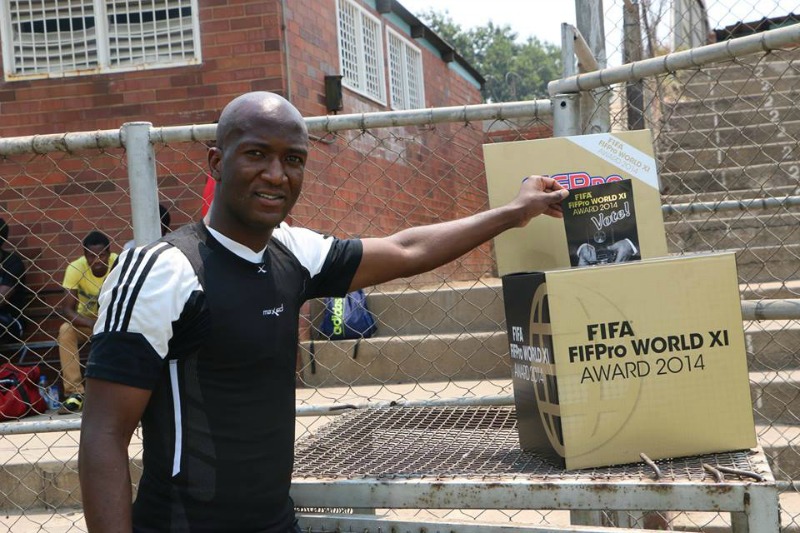 DYNAMOS come-back star, Edward Sadomba says he cannot wait to illuminate the iconic Rufaro Stadium on his return to the local football scene.

Sadomba left the Glamour Boys some 10 years ago to pursue a successful career in North Africa.

He has come back home to rejoin his former paymasters.

Duduza has paid back the faith he has been shown by the former champions through scoring the opener in a 2-0 triumph against city rivals, Caps United during a Sunday Charity Cup clash at the National Sports Stadium weekend.

Sadomba featured for the Glamour Boys in their 2007 championship winning season before being snapped by South Africa’s top flight side, Bidvest Wits.

“When I was out, I kept myself fit. So, the goal was not really surprising to me. I am used to this. It is a welcome back goal after 10 years, to make our fans happy.

“You know Rufaro is our home ground. I grew up there. So, playing in Mbare after 10 years will be awesome for me. I cannot wait to play in Mbare,” he said.

Sadomba’s opener was a result of some slick passing in the Dynamos midfield which saw him beat a poorly organised offside trap by the Caps duo of Method Mwanjali and Dominic Mukandi whom he constantly caught flat footed.

After outpacing the two, the 35-year-old rounded goalkeeper Prosper Chigumba to slot home at a tight angle to ignite wild celebration from the DeMbare faithful.

Sadomba featured for the Glamour Boys in their 2007 championship winning season before being snapped by South Africa’s Maritzburg United.

He was later to feature for Liga Muculmana of Mozambique and Sudanese giants Al Hilal where he had a successful three years playing for them.

Now 35, Sadomba had been dismissed as a spent force by some football fans before his showed some sceptics on Sunday that he still had some gas in his tank.