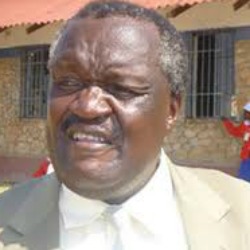 Sakunda Holdings were in no show at parliament this Monday where they were expected to appear before the Mines and Energy committee chaired Norton independent legislator Temba Mliswa.
The company was required to answer on operations at the Dema Emergency Diesel Peaking Power Plant—a controversial project installed in 2016 under former president Robert Mugabe’s government with the involvement of his in law as one of the managers.
Acting committee chairperson, Simbaneuta Mudarikwa, told journalists they would send another invite before exercising their power to punish.
“They didn’t come or give reasons to the committee. We will write another letter to them,” he said.
Among the state privileges enjoyed by the company included duty free diesel at a rate of 450 000 litres per day, duty free equipment worth $660 million and an exemption to pay $15 000 for the producer licence.
Although having a 200 megawatts installed capacity, it was supplying only 100 megawatts at 15, 45 cents per kilowatt hour—a price regarded as too high compared to power imported from Eskom at 9, 74 cents per kilowatt hour.
Zesa Holdings chief executive, Josh Chifamba, told parliament last year that Sakunda was raking about $7, 5 million per month from the deal.
The then Transport ministry permanent secretary Munesushe Munodawafa admitted that the duty free fuel certificate given to Sakunda is illegal.
Although parliament pushed for a review of the terms, there was no movement when Mugabe was still president.
Now with president Emmerson Mnangagwa in charge and speaking against corruption, parliament hopes the company will be made to account.Advertisement