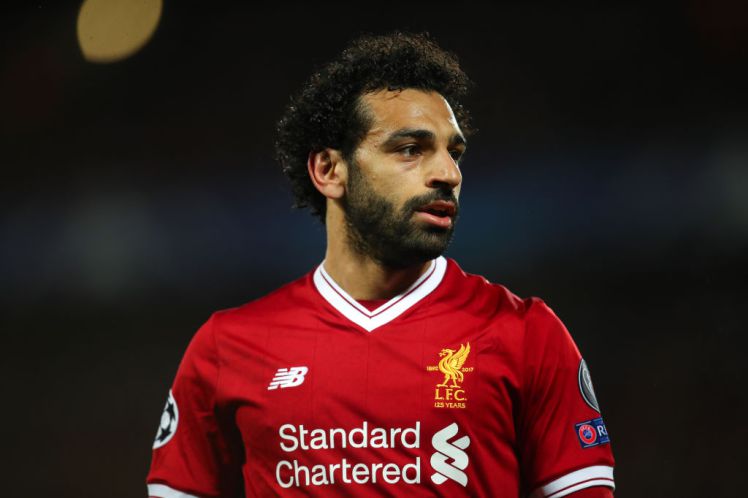 Mohamed Salah scored his 50th Liverpool goal as Jurgen Klopp’s men eased to a 4-0 home win over Red Star Belgrade on Wednesday to get their Champions League campaign back on track by going top of Group C.

A Salah brace – his second from the penalty spot bringing up his milestone after just 65 games in all competitions – and further goals from Roberto Firmino and Sadio Mane ensured last season’s beaten finalists bounced back in style from a dramatic defeat to Napoli last time out.

There was little danger of Liverpool suffering a second straight European reverse, though, as Red Star were put to the sword at a raucous Anfield. Meanwhile, a 93rd-minute Paris Saint-Germain equaliser earned them a 2-2 draw with Napoli in the group’s other game to ensure the Reds move into pole position to progress.

The opening 20 minutes were littered with loose Liverpool touches and stray passes, with their defensive work similarly lax as Srdjan Babic ghosted in to volley over the top from a corner.

But the hosts’ first real chance resulted in the opener. Xherdan Shaqiri dissected the Red Star defence and the advancing Andrew Robertson pulled the ball back to Firmino, whose strike deflected beyond goalkeeper Milan Borjan.

Liverpool belatedly found their groove and, after Robertson blazed wide of the target, Salah got in on the act with a clinical finish high past Borjan.

A comfortable second half was then set in motion for Liverpool as Salah smashed home a contentious penalty, Mane having gone down softly under a challenge from Filip Stojkovic.

Borjan’s stunning stop from a second Liverpool spot-kick briefly kept Mane at bay after El Fardou Ben was penalised for handball, but the winger soon prodded into the net to cap a positive evening for Liverpool.

While Liverpool have so far kept pace in the Premier League this season, they have sometimes lacked the dynamism in the final third that made them such a thrilling watch last term. Klopp’s men were back to their best at Anfield. After a slow start, the Reds played some glorious, flowing football. Shaqiri pulled the strings, Robertson flew forward and the trio of Firmino, Mane and Salah tore holes in the defence with their movement.