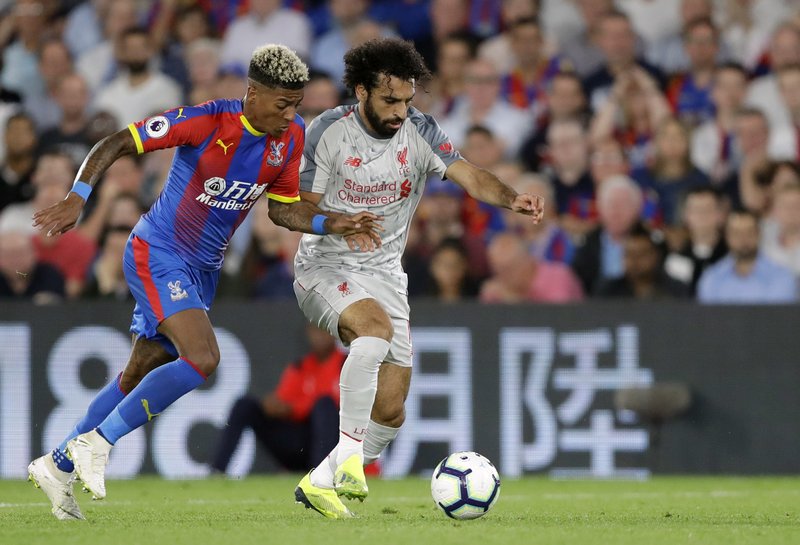 LONDON: Mohamed Salah won a first-half penalty converted by James Milner and also played in Sadio Mane for a late goal as Liverpool beat 10-man Crystal Palace 2-0 on Monday for its second straight win to open the Premier League.

In a typical all-action display by Salah, the Egypt forward was also the player fouled by Aaron Wan-Bissaka that earned the Palace right back a straight red card in the 75th minute because he was the last man.

The score was 1-0 at the time, Milner having slotted in the penalty on the stroke of halftime after Salah tumbled under a challenge from Mamadou Sakho.

Mane secured victory in the third minute of stoppage time when he ran onto a pass from his own half by Salah, advanced half the length of the field, and rounded the goalkeeper to shoot into an empty net.

Liverpool started the season with a 4-0 thrashing of West Ham and is living up to its billing as a potential threat to title favorite Manchester City, the defending champion.

Liverpool has yet to concede a goal and carries a constant threat with its front three of Salah — last season’s top scorer in the Premier League — Mane and Roberto Firmino. Mane already has three goals this season.

The closest Palace came to scoring was when Andros Townsend curled a long-rage shot against the crossbar in the first half.

Liverpool and City are two of six teams with the maximum six points.