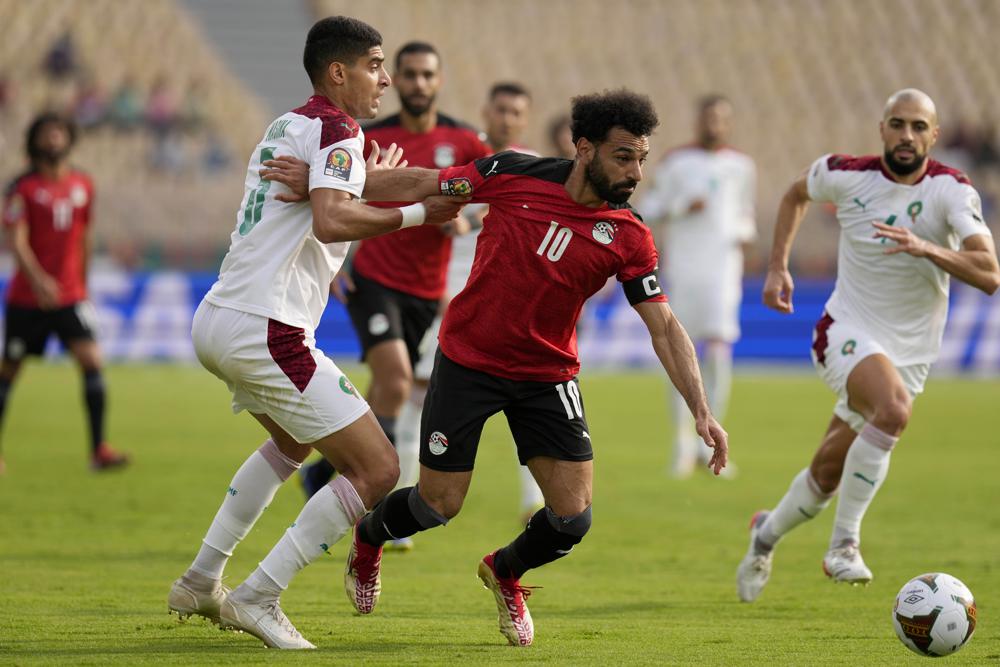 YAOUNDE: Mohamed Salah scored the equalizer and created the winner to inspire Egypt’s comeback on Sunday to beat Morocco 2-1 after extra time and reach the African Cup semifinals.

Egypt fell behind to an early penalty won by Achraf Hakimi and converted by Sofiane Boufal in the seventh minute.

Egypt captain Salah reacted quickly to knock in a rebound to make it 1-1 in the 53rd and sent in a perfect low cross for Trézéguet to tap in near the end of the first half of extra time.

Egypt was left to rely on third-choice goalkeeper Mohamed Sobhy for most of extra time after an injury to Mohamed Abou Gabal, who was already in the team in place of first choice Mohamed el-Shenawy.

Abou Gabal was injured in normal time but tried to play through it. He couldn’t and had to come off in the sixth minute of extra time, leaving the 22-year-old Sobhy to make his debut for his country at the end of a high-pressure game.

In the end he wasn’t tested and Salah and Trézéguet combined for the winner four minutes after Sobhy came on. Salah was faced with three defenders covering him on the right wing but he went for the outside and sent a right-foot cross into the path of Trézéguet at the back post.

Salah almost had a second in the final, chaotic moments when Morocco goalkeeper Yassine Bounou joined an attack in the desperate search for an equalizer and left the Moroccan goal unguarded.

Egypt broke and Salah chased down a through ball but couldn’t force it into the empty net from a tight angle.

It didn’t matter. Full time came about a minute later and Egypt went through to a semifinal against host Cameroon, which is a repeat of the 2017 African Cup final that was won by Cameroon.

Egypt hasn’t won the African Cup since its record-extending seventh title in 2010. Salah made his debut for the national team the year after that triumph and is still searching for a first major title with his country.