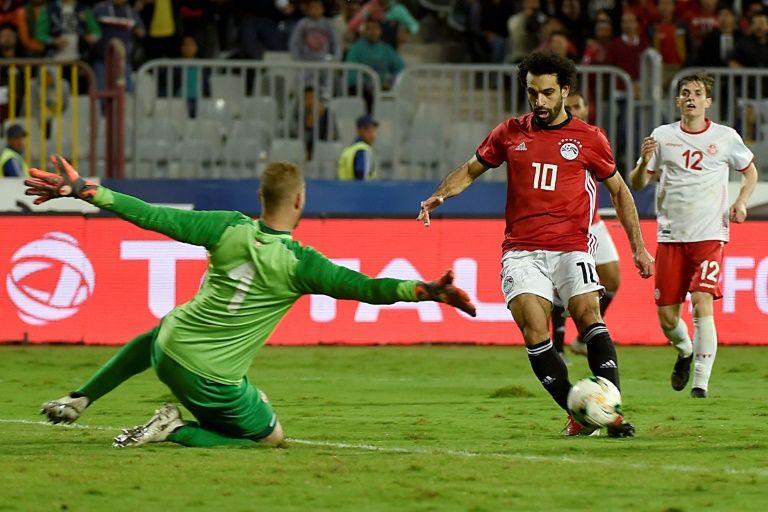 Mohamed Salah scored in the final minute to give Egypt a 3-2 home victory over Tunisia on Friday in a 2019 Africa Cup of Nations match between two countries who have already qualified.

The Liverpool star chipped the ball into the net to complete the scoring in a seesaw matchday 5 struggle during which both sides led.

Baher el Mohamady nodded Egypt in front on the hour only for Sliti to score again with 18 minutes remaining and a draw seemed likely until Salah struck.

Before flying to Egypt, Salah continued a return to form after a slow start to the English Premier League season by scoring the first goal for Liverpool in a 2-0 win over Fulham.

It was his sixth league goal this season, two less than leading scorer Sergio Aguero of Manchester City.

Salah had a sensational first season with Liverpool, scoring 44 goals in all competitions in the 2017/2018 campaign after joining from Roma.

Victory brought Egypt level with Tunisia in Group J on 12 points, but the losers retained first place on head-to-head records.

Tunisia entered the match as the only team among the 48 in the qualifying competition boasting a 100 precent record having beaten Egypt at home, eSwatini away and Niger twice.

It was the first match in charge for Tunisian co-caretaker coaches Mourad Okbi and Maher Kanzari after veteran Faouzi Benzarti was axed despite delivering four victories.

Madagascar, Senegal and hosts Cameroon have also qualified for the 2019 Cup of Nations — the first to feature 24 teams — and another 15 countries could secure places this weekend.

Meanwhile, Burundi climbed above Mali and Gabon to top Group C with a 5-2 win over South Sudan in Juba, where Fiston Abdul Razak scored four goals for the visitors.

A close first half ended with the Burundians leading 2-1 as Razak scored, Atak Lual equalised and Cedric Amissi put the east Africans ahead a second time.

Burundi have nine points, Mali eight, Gabon seven and South Sudan none with the second and third-place teams meeting in Libreville Saturday.

The top two finishers qualify and a Malian victory over Gabon would assure them of a place at the June 15-July 13 tournament in Cameroon.