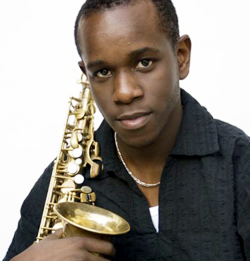 NO one is ever fit for fate, especially when it has a bearing on the permanent change that occurs afterwards.
Such is the situation after the death of a loved one; and such is the situation for a number of Pakare Paye Arts Centre products who remember the late Sam Mtukudzi with a gig on Sunday.
The gig marks four years after the death of the promising young musician who died in an accident along Harare Bulawayo Road on March 15.
His peer Munya Mataruse leads Donald Kanyuchi and Innocent Kapemba in remembering their mentor on Sunday.
The Mtukudzi family is also expected to hold a commemoration at family level on Tuku’s return from his three months tour.
The family, the musical community and the nation as a whole felt stabbed by his tragic death.
His father, Oliver was probably hit the hardest failing to come to terms with his loss for a long time but that is what ill fate does to one.
Even the muscular are reduced to little babies; weeping helplessly and one asks questions that can never be answered.
And even when time appears to heal the wounds, the I could have, he could have and should haves are only answered by the terrible abyss that punctuates the space the deceased would have left.
Yet still it is the understanding that it is God that owns life that ends one’s torment.
If we had had a choice we would never had been born but it is in his craftsmanship that he created the world and its inhabitants.
And like a porter he decides when he wants the clay to take another shape or when he can kill it.
A piece of clay that the human is to its creator can just but look helplessly.
Sad as it may be, we all cherish the little that we saw of him and celebrate in hope that he is after all in a better place.Advertisement