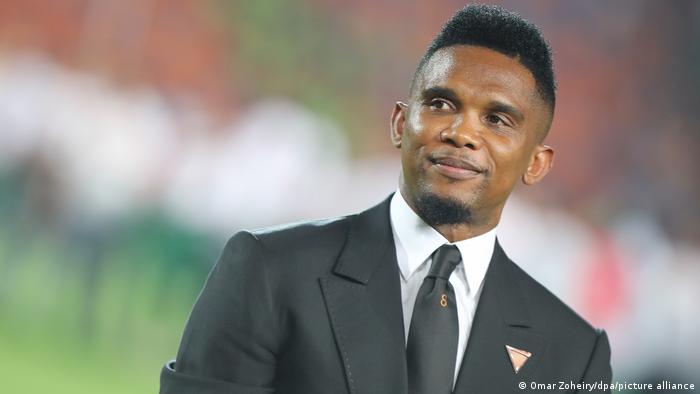 CAMEROON legend and Football Association president, Samuel Eto’o has come to the rescue of Zimbabwe Warriors’ top fan Alvin Zhakata who has been bed-ridden after collapsing in Yaounde last week.

Zhakata who has since been diagnosed with a heart ailment and is still hold up in the Cameroon capital took to twitter to express his gratitude towards the gesture by Eto’o.

“The President of the Fecafoot (Cameroon Football Association), Mr Samuel Eto’o, has paid my hospital bill and footed all costs for medical tests and everything. How can I not be grateful? How can I not heal?” Zhakata posted.

Aluvha as he is popularly known in local football circles collapsed at a hotel after the Malawi and Morocco round of 16 match.

He became famous after his road trip to Afcon 2019 finals where he was going to cheer Zimbabwe who were participating at the tourney.

His dedication earned him the CAF super fan status that got him an invitation at the ongoing Total Energies Afcon finals in Cameroon.