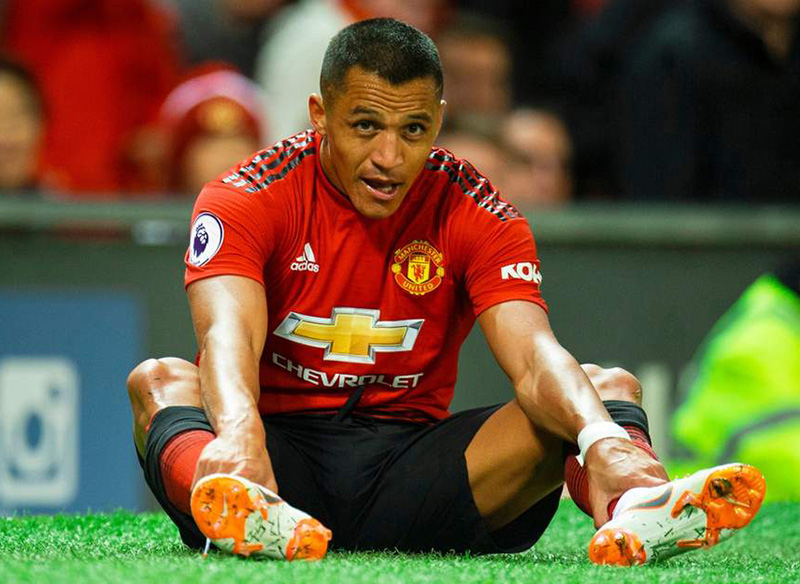 Alexis Sanchez could miss a reunion with Arsenal next week after suffering a hamstring injury during Manchester United training on Thursday.

Sanchez has been a peripheral figure for United this season, starting five of his 10 Premier League appearances and contributing a single goal.

The Chile international was a second-half substitute in last weekend’s 0-0 draw with Crystal Palace at Old Trafford.

But he may not feature against Southampton on Saturday, and could also be ruled out of Wednesday’s visit of former club Arsenal.

“During today’s training session, Alexis Sanchez sustained a hamstring injury, which will require further investigation to confirm its severity,” United wrote on Twitter.

It is the latest injury to trouble Sanchez this season, the forward having been sidelined with an abdominal strain at the start of the campaign and a groin issue last month.

Reports have suggested Sanchez could be sidelined for the next month, meaning he would also miss United’s league clash with Liverpool and Champions League encounter in Valencia.