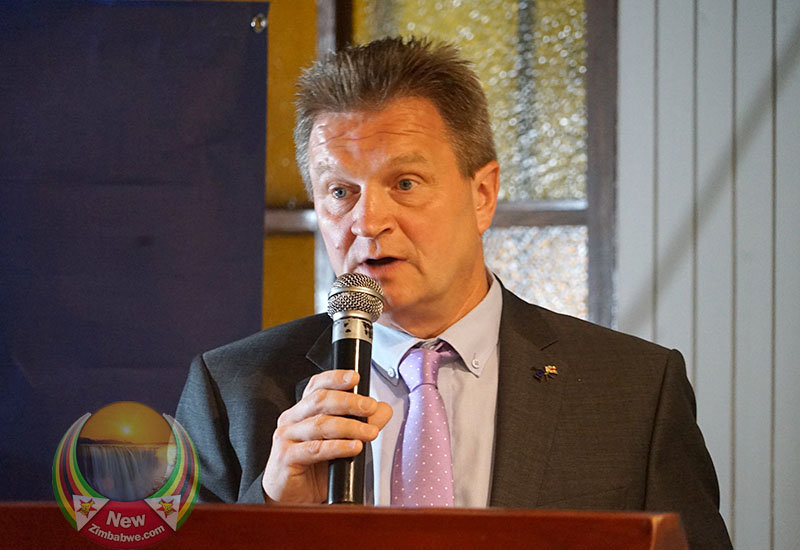 OUTSPOKEN European Union (EU) head of delegation to Zimbabwe, Timo Olkonnen has rubbed salt on the wounds of his hosts, telling government, only a behavioural change will lead to the scrapping of Western imposed sanctions as opposed to expensive galas, dinners and prayer sessions.

This comes after government has lined up national protests for this Friday to call for the lifting of the 2001 and 2003 US and EU sanctions on the Harare administration.

Zimbabwe’s protests will also coincide with similar protests on the same cause by the country’s SADC allies.

But speaking to journalists outside the Holiday Inn hotel, Harare Wednesday Olkkonen said the Zimbabwe government was using sanctions to divert attention on its corruption and mismanagement of the national economy.

“I know that they have been a lot of discussions over this issue, but I would very much contest the argument that the sanctions will be the reason for the economic troubles and problems that Zimbabwe is facing,” Olkkonen said.

He added, “One has to look at issues such as corruption, years and years of mismanagement of the economy which has led the country to this situation.

“Pointing the finger at restrictive measures by some other countries is not pointing at the right direction.

“The EU policy is based on facts and what is happening on the ground; human rights situation was behind. So, there are restrictive measures such as the arms embargo which is perhaps the most significant part of those measures and how the security forces are behaving in the country.

“Stadium events and gala dinners and prayer sessions are not the basis of the EU policy.”

Government, on the other hand, has maintained the narrative that sanctions have caused the Zimbabweans economic meltdown.

Recently, US ambassador to Zimbabwe, Brian Nichols also stated the removal of sanctions from was Mnangagwa’s responsibility as he had to implement reforms first.