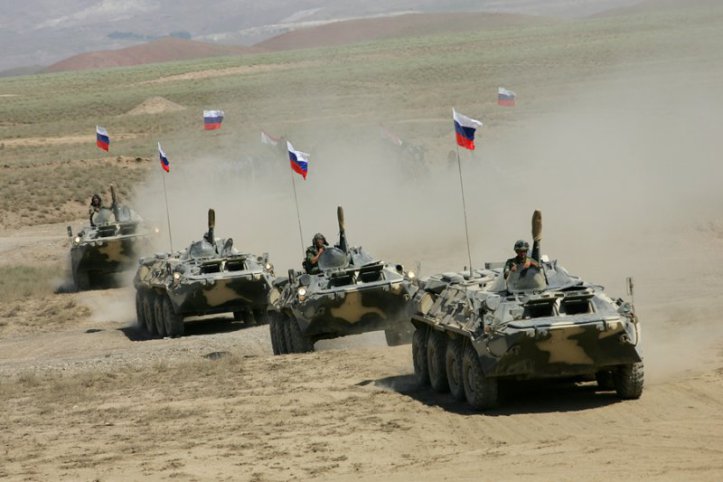 The last time Moscow was forced to cut spending was in 1998 at the height of a massive economic crisis.

“Military modernisation remains a priority in Russia, but the military budget has been restricted by economic problems that the country has experienced since 2014,” senior SIPRI researcher Siemon Wezeman said, referring to Western sanctions imposed against Moscow over its annexation of the Ukraine’s Crimea peninsula.

Russia’s frosty relations with NATO, which have plummeted to their lowest levels since the Cold War, are also driven by sharp divisions over the Syrian conflict and the recent poisoning of an ex-spy in the UK.

Britain and its Western allies have blamed Moscow for the poisoning of Russian former double agent Sergei Skripal and his daughter in England on March 4. Moscow has vehemently denied any involvement.

Russia has largely protected its defence budget up to now, imposing cuts in areas such as infrastructure and education, but 2017 was the first time it had no option but to spread the pain, according to Wezeman.

“It’s no longer possible to keep defence at a high level or keep it growing,” he said.

“For Russia, it means they may have to swallow their pride.”

‘Cause of serious concern’

All 29 NATO allies, meanwhile, spent $900 billion on the military in 2017, which accounts for 52 percent of total world spending, SIPRI said.

Military spending in both Central and Western Europe rose by 12 and 1.7 percent, respectively, in 2017, triggered “in part by the perception of a growing threat from Russia”.

The United States, which remains the world’s biggest military spender at $610 billion, spent more on its military than the seven next highest-spending nations — China, Saudi Arabia, Russia, India, France, the UK and Japan — combined, SIPRI said.

The independent institute said world military expenditure reached the highest level since the end of the Cold War at $1.739 trillion in 2017.

“Continuing high world military expenditure is a cause of serious concern,” SIPRI chair Jan Eliasson said in a statement.

“It undermines the search for peaceful solutions to conflicts around the world.”