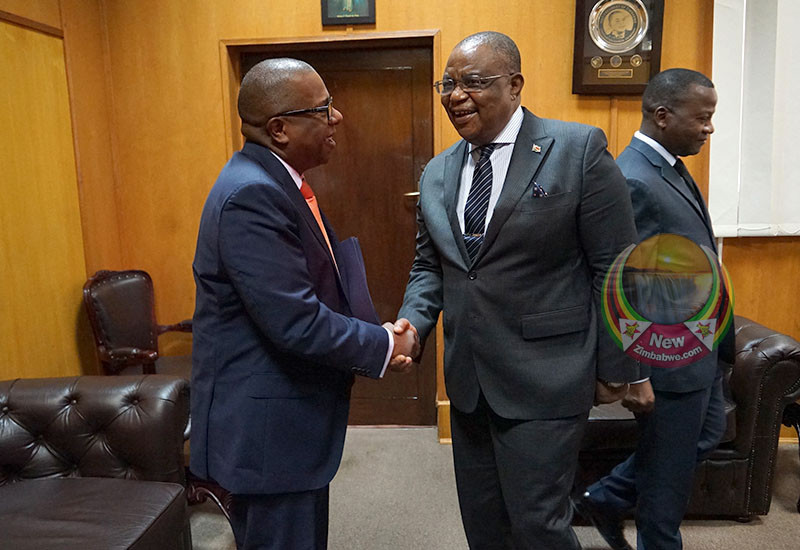 THE restrictive measures imposed on Zimbabwe by the United States will remain in place until President Emmerson Mnangagwa’s administration implemented the necessary political and economic reforms key to restoring the troubled country’s democracy and prosperity, the US Ambassador to Zimbabwe said Wednesday.

Nichols challenged the government to satisfy conditions laid out in the Zimbabwe Democracy and Economic Recovery Act (ZIDERA) or remain under sanctions.

Speaking to the media after paying a courtesy call on Acting President Constantino Chiwenga at his Munhumutapa offices in Harare, Nichols said ZIDERA was a publicly known Act and it’s for the government of Zimbabwe to implement the necessary reforms and the restrictive measures would be removed.

The US last year insisted that the measures were not full-blown economic sanctions, but targeted ones under Executive Order 13288 “against individuals and entities undermining the democratic processes or institutions in Zimbabwe or who participated in human rights abuses as well as facilitation of corruption”.

However, the Zimbabwe government maintains the sanctions should be removed as they were harming the ordinary person.

Last year, President Emmerson Mnangagwa led a march in Harare against Western and US imposed sanctions.

Critics say it is the bad economic and political policies of the ruling party, Zanu PF that have seen the economy collapsing as opposed to the sanctions.

Nichols added the US will always stand with Zimbabwe in trying to save the country’s population from a devastating drought.

The US government was waiting for the local administration’s figures on funds needed in 2020 to limit the effects of the drought.

“We stand with the people of Zimbabwe and we will cooperate closely to ensure that the challenges of hunger are met in this country,” he said.

Nichols said in 2019, the US gave over US$370 million to Zimbabwe and another US$110 million to mitigate the drought and the effects of Cyclone Idai.

“We are the leading donor to Zimbabwe. Just on drought and Cyclone Idai assistance last year, we provided over US$110 million and we are waiting for detailed information from the government of Zimbabwe.

“Again we gave over US$370 million in assistance to Zimbabwe in 2019 as we expressed concern for the current drought and economic situation in Zimbabwe. We would want to make sure we are coordinating closely and in cooperation,” he added.

Nichols said during his meeting with the Acting President, he had also stressed on issues regarding the upholding of human rights and constitutional alignment and the importance of moving forward as a nation.

“We talked about constitutional alignment, human rights and reform agenda for government and stressed the importance of Zimbabwe moving forward,” he said.