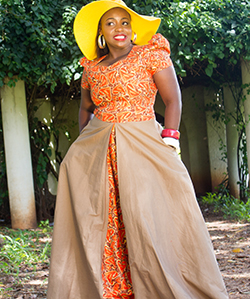 AS largely anticipated, the ‘Queen of Zimbabwean music’, Sandra Ndebele dominated the inaugural Bulawayo Arts Awards 2017 nominations list which was released at the weekend as she was nominated in three categories.
Sandy, as she is popularly known by fans, was nominated in the Outstanding Female Artist and Outstanding Alternative Music of the Year categories.
Her hit Ingoma was also nominated under the Song of the Year category alongside songs from Madlela Sikhobokhobo, Msizi Kay and Ras Boom and Dj Ace Kater.
Five upcoming musicians, Paul Mlauzi, Vusumuzi Ndlovu, Mgcini Calvin Nhliziyo, Majahawodwa Ndlovu and Ramsey Kasawaya were nominated in the Outstanding Male Artist category while Family Voices, Nobuntu and Impumelelo Shining Stars were nominated in the Outstanding Kwaito/House category.
In the Outstanding Theatre Production category, Warrior Play by Umkhathi was nominated alongside plays Joseph and Coat of Many Colours ((Bulawayo Theatre) and Untikolotshi (Theatre for Everyone). The final list of nominees was released at function held at Glen Lodge.
Various arts were nominated in 38 categories while the Outstanding Arts Supporter and Lifetime Achievement winners will be on awards day which will be held on the 30th of June this year.  The awards attracted over 400 nominees.
One of the organisers, Raysdon Baya, said they were impressed by the quality of the nominees.
“We are generally impressed by the nominees. I think most of the people nominated were constant in their work and they deserve this recognition.
“We are now looking forward to fruitful awards ceremonies,” said Baya in an interview with NewZimbabwe.com.
The awards are the latest addition to the provincial arts honours in the country after the Kwekwe Music Awards, Midlands Awards, Masvingo Music Awards and the Marondera music Awards.Advertisement