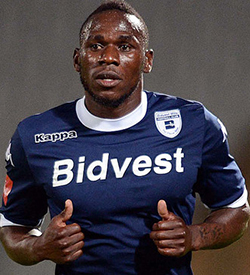 SOUTH Africa’s Bidvest Wits have exercised the one-year option on Onismor Bhasera’s deal, while also confirming the exit of veteran striker Christopher Katongo.
Bhasera, a former Zimbabwe international, had a running contract with the club that was winding down, although the left-back will remain part of the team for another term after the Clever Boys exercised his12-month option.
Wits CEO Jose Ferreira confirmed the news, saying: “We have exercised the option; he (Bhasera) is staying with the club next season.”
Bhasera started 19 League games for the club last season, keeping 11 clean-sheets.
Wits was also home to Denver Mukamba, but for the former Dynamos man failed to nail down a regular place and shipped off to rivals University of Pretoria (AmaTuks) where he found game time and could make his move permanent.Advertisement