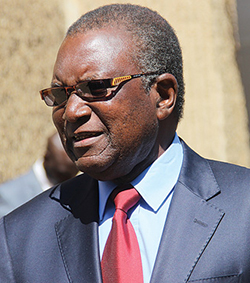 HARARE: The  government on Friday announced a committee to investigate all projects that were undertaken by the Zimbabwe National Roads Administration (Zinara) in the five-year period between 2011-2016, including the $206 rehabilitation of the Plumtree-Mutare highway, after a forensic audit unearthed financial rot at the parastatal.
Transport minister Jorum Gumbo said the road agency had awarded several contracts under special projects where $71,5 million and ZAR31,4 million was disbursed without following proper procurement procedures during the five year period.
The Plumtree-Bulawayo-Harare-Mutare road rehabilitation project, which was financed by the Development Bank of Southern Africa (DBSA) and carried out by Group Five International, a South African company had other contracts which were unknown to government at the time the agreement was signed.
Last November Vice-President Emmerson Mnangagwa called the project a ‘rip-off.’
“Following findings of the audit which I instituted through the office of the auditor general who then contracted Grant Thornton, it has emerged that Zinara undertook contractual obligations which were prejudicial to the organisation and government,” Gumbo said told journalists at his Harare offices.
“There were also issues of over-payment of contractors, payments for sub-standard work undertaken by contractors and in some instances work which was not even done. These contractual terms and conditions resulted in government projects being over-paid at the end of the tenure of concession periods.”
According to the audit, Zinara is failing to account for $23,5 million locked in a reserve account with NMB Bank Zimbabwe while an additional $5,7 million sunk along with several defunct banks.
On Friday, the privately owned Zimbabwe Independent reported — quoting the forensic report — that companies that were dubiously awarded contracts include Badon, which was paid $8 million and R13,500,000, Bitumen World ($10,649,369), Drawcard ($1,772,010), Earthset ($3,347,068), Forit ($7,677,844), Haingate ($10,760,490) and Fremus ($8,761,592).
Others were Fossil, Jepnik, Madz, Henan, Skindat, Tencraft, Transstar, Notify, Bermipools and Twalumba.
Gumbo said the committee had been given two months to investigate the audit’s findings after which government will “institute legal procedures against the implicated.”Advertisement

“Nobody has been implicated at the moment so all the contracts will be looked at and the fate of the implicated will be determined after committee investigations and recommendations. They are still (presumed) innocent,” Gumbo said.
While several top executives had been earlier suspended for trying to obstruct the probe, they are now all back at work, with Gumbo pointing out that dismissals will only happen after the committee submits its recommendations.