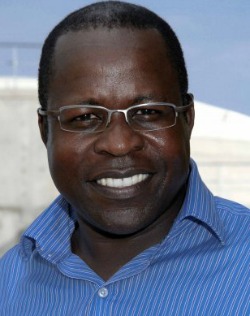 SOUTH African workers at the world’s No. 3 platinum producer Lonmin launched a wildcat strike on Tuesday, halting all mine operations and sparking fears of a return to the violence that rocked the industry last year.
As dusk fell, a strike leader told thousands of workers gathered at a stadium near Lonmin’s Marikana mine to return home and continue the strike on Wednesday. Workers told a Reuters reporter no one would show up for the night shift.
Activists also said they would go to shafts the next day to threaten those who showed up for work, using the Zulu word for “rat” to describe them. This follows a pattern of intimidation that has accompanied illegal strikes in South Africa.
The platinum belt towns of Rustenburg and Marikana, which saw violent strikes at Lonmin and other producers last year, are a flashpoint of labor strife, with tensions running high over looming job cuts and wage talks.
Aggravating the situation is a turf war between the Association of Mineworkers and Construction Union (AMCU) and the National Union of Mineworkers (NUM) – an ally of the ruling ANC that has lost many of its members to the more militant AMCU.
An NUM spokesman said Tuesday’s strike appeared to stem from anger over the killing of an AMCU member. A police statement said a 46-year-old man “alleged to be the regional organiser of AMCU” had been shot dead in a Rustenburg tavern on Saturday.
The striking workers marched to the rocky outcrop near the Marikana mine where 34 strikers were shot dead by police in August last year and were then taken by bus to the stadium, an indication the strike had been planned.
Many chanted: “Down with NUM, we will destroy it today.”
The protesters said they were demanding the closure of the NUM offices at Lonmin, which said last week that AMCU now represented over 70 percent of its workforce.
Lonmin’s share price slid over 7 percent and the rand hit 3-week lows as investors worried about a repeat of 2012’s turmoil, which hammered platinum and gold production and triggered credit downgrades for Africa’s largest economy.
“Peace and returning to normal production in our mining industry is absolutely critical to our economy, so I’m hoping that everybody sits down together and solves their problem,” Finance Minister Pravin Gordhan said in Cape Town.Advertisement

The strike puts pressure on President Jacob Zuma’s African National Congress (ANC), which was criticised for its handling of last year’s turmoil and faces accusations that it is neglecting the poor masses 19 years after the end of apartheid.
The mine unrest is rooted in glaring income disparities and low wages for a workforce that is largely semi-literate and drawn from poor rural areas of South Africa.
Platinum’s spot price rose 1.5 percent on news of the strike, widening its premium over gold to more than $60 an ounce, the highest in a month.
Lonmin spokeswoman Sue Vey said all Marikana’s 13 shafts were idle.
The company told the strikers to return to work. “Failure to do this could result in further reduction of jobs at Lonmin,” it said in a memo to staff, a copy of which was seen by Reuters.
It said the strike action “will severely impact the viability of Lonmin and will put your work and the sustainability of your family at risk”.
The stoppage occurred during Platinum Week, an annual gathering in London of industry executives and analysts. Lonmin workers also downed tools for one day in March during a visit by media, embarrassing the company as it tried to show how it had recovered from last year’s problems.
Acting chief executive Simon Scott told Reuters in an interview late on Monday the company would tell unions to curb expectations for forthcoming wage talks because it remains under pressure despite reporting robust first-half earnings.
“While the results are a significant improvement over last year, this is still not an industry that is making a lot of money. This is still not an industry that is giving shareholders a huge return,” he said.
Social tensions in the area have been further stoked by plans by Anglo American Platinum, the world’s top producer, to slash 6,000 jobs in a bid to restore profits. That is less than half the 14,000 initially targeted but unions have still vowed to fight the lay-offs.