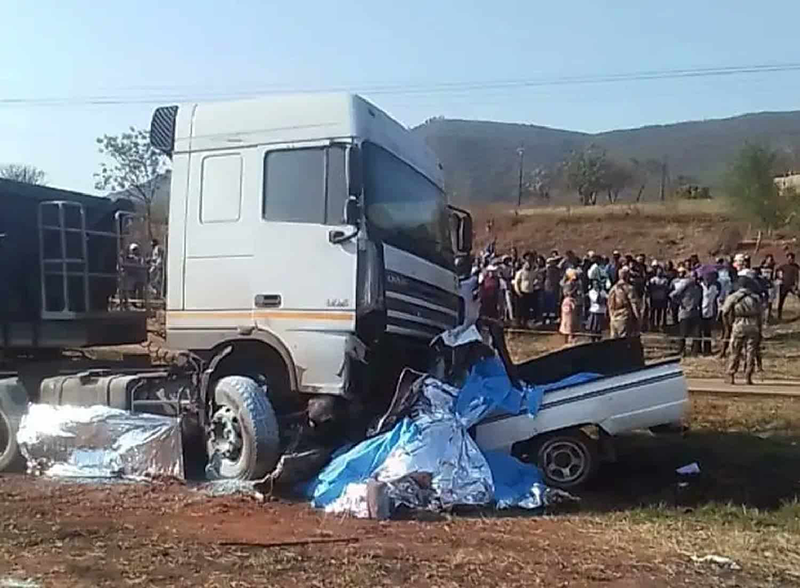 This comes after a horrific accident in Pongola, northern KwaZulu-Natal, where a truck collided with a bakkie transporting schoolchildren on Friday, killing 19 pupils, a teacher’s assistant and the bakkie driver.

The organisation, which has its origins in Gauteng, started forcibly closing businesses belonging to foreign nationals and has pockets of support nationally. It is also targeting local companies who employ foreign nationals.

Condemning the incident on Sunday, the provincial task team of Operation Dudula said they would visit the families and seek to help where they can.

“As Operation Dudula in the province we want to get contact details of these families and  the company (of the truck in the accident), and follow up on this matter. From there we want to visit the families and see how we can make whatever donation to assist the families of the victims,” said Mfanafuthi Dumakude, provincial chairperson.

Dumakude said they wanted to ensure the truck owner was also held accountable.

“We have to make sure the company responsible for this accident must pay. If there are court cases to attend we will be there in support of the victims. We can’t let this vanish in thin air like other similar incidents that were hot topics for a while then died down later, as happened with people who killed others in Phoenix during the July 2021 unrest,” he said.

The truck driver reportedly fled after the accident before being arrested on Sunday.

Dumakude said according to their information, the driver was an undocumented foreign national, so the company had erred by employing him.

He said they would also engage with companies to only employ South Africans.

“This is not the first time a foreigner caused an accident. There are too many similar incidents. Remember the accident in Pinetown where about 24 people died and the one in Howick around June or July that claimed 15 lives,” he said

Dumakude said the labour department should be challenged on this issue.

“It’s about time we, as an organisation that represents locals, look deeper into this and put pressure on the companies. It’s one of the issues we want to fight, along with our alliance partners All Truck Drivers Forum in KwaZulu-Natal,” he said.

He said the organisation’s mother body was challenging the decision to extend the Zimbabwean Exemption Permit (ZEP) in court. This follows the announcement by home affairs minister Aaron Motsoaledi earlier this month, that the applications for the ZEP due to expire in December would be extended by six months.