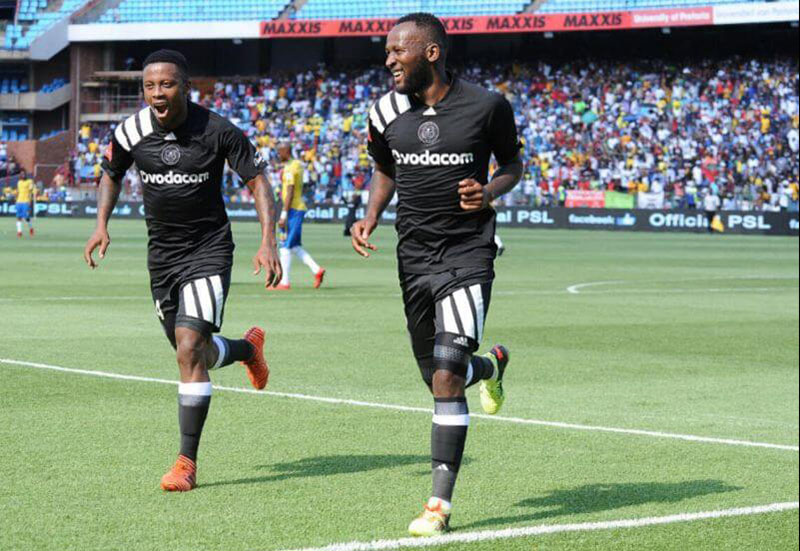 Orlando Pirates were treated to a warm welcome in Bulawayo as fans flocked the Barbourfields Stadium to watch their favourite South African club, but there was nothing much to cheer about at the end as Bucs were held to a goalless draw by FC Platinum in the opening Caf Group B Champions League tie on Saturday.

The scenes at Barbourfields seemed like Pirates were playing at home with the Zimbabwean fans who support local side Highlanders rallying behind the Buccaneers in their quest for continental glory.

There was plenty of action from both sides, particularly in the first half, but neither of the sides were able to find the back of the net with the second half a bit dull in terms of creating goal scoring opportunities, a bit disappointing for spectators who packed the stadium.

Bucs skipper Happy Jele was overwhelmed by the support of the locals and believes the club should have done better.

“The support was awesome and we loved it. We wanted to get a result, but we couldn’t. All I can say is, it is very good that some of the fans know about Orlando Pirates in Africa and we will just keep going,” said the defender.

“We did very well as a team, but sometimes we need to be more aggressive when we are near the goal because it is very important to score away from home. But as a team we will take a point.”

The Soweto giants’ coach Micho Sredojevic, meanwhile, was impressed with their opponents and said the players played for the team rather than themselves and the team effort worked well for them.

“The players were extremely impressive. Nobody played for themselves, they played for the team. And the team effort put them in position to play very well against us. In respect to the coach and the players, I will not point out an individual, but I will say they were great individuals and played very well,” said the former Uganda coach.

Bucs and Platinum’s draw wrapped up the opening Group B matches with all the sides on one point after reigning champions Esperance of Tunisia were held to a 1-1 draw by Horoya Athletic Club of Guinea on Friday.