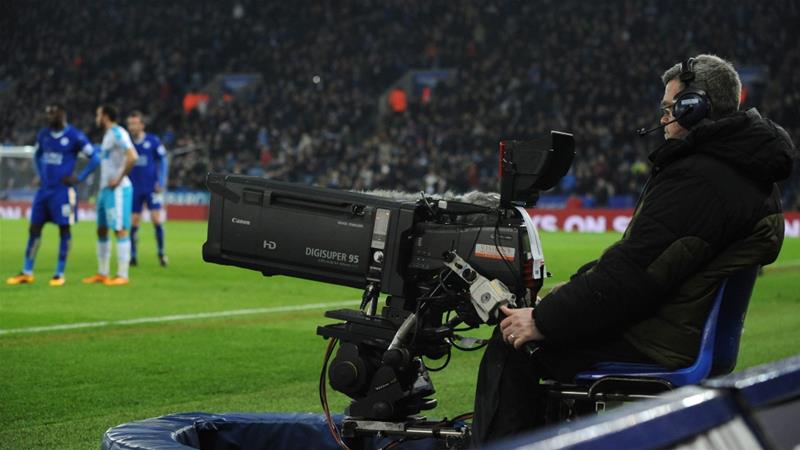 Saudi-owned satellite television is part of a sophisticated piracy operation involving the illegal broadcast of football matches across the Middle East and North Africa, the English Premier League said.

There was “compelling” evidence showing that Riyadh-based Arabsat satellite operator allowed pirate channel beoutQ to use its services while broadcasting all Premier League matches played since the season began on August 10, it said in a statement on Tuesday.

“The Premier League strongly condemns the illegal broadcast piracy of its matches currently taking place in Saudi Arabia and available in multiple territories throughout the Middle East by an illegal pirate channel called ‘beoutQ’,” the league said.

Qatar-based beIN Sports is the holds the legal rights for the broadcast of all Premier League fixtures across the Middle East and North Africa, having recently extended its exclusive agreement until 2021-2022.

The league has taken a number of measures to address the “very serious issue”, including the appointment of legal counsel in Saudi Arabia and issuing a complaint to the European Commission.

“Like all content creators and rights owners, our business model is predicated on the ability to market and sell protected rights, and we will take all available action to support the investment made in the league by our legitimate broadcast partners.”

BeIN said Saudi-based pirate channel beautQ had “orchestrated a plague of piracy on world sport over the past year”, and accused it of illegally broadcasting every game during the recent FIFA World Cup in Russia.

“Since August 2017, beoutQ has been stealing the broadcast feed of some of the most internationally renowned sports brands and rights holders in the world, pirating everything from the Olympic Games, Formula 1 and Wimbledon tennis, to the UEFA Champions League, the English Premier League and LaLiga,” beIN said in a statement on Thursday.

In May, beIN called on FIFA to launch legal action against Arabsat and Saudi-based pirate broadcasters.

Saudi Arabia is one of a group of countries – including the UAE, Bahrain and Egypt – that severed ties with Qatar on June 5, 2017, accusing Doha of supporting “terrorism” and being too close to regional rival Iran.