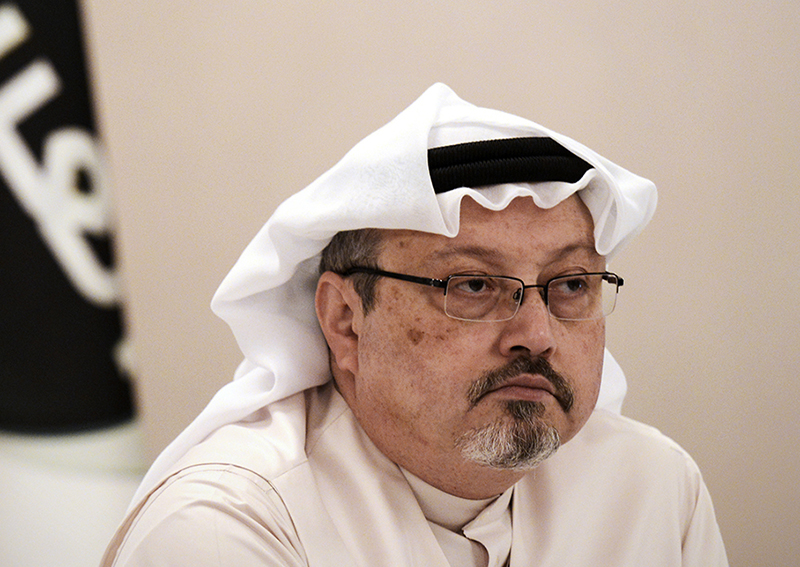 Saudi Arabia warned Sunday it would retaliate against any sanctions imposed on the oil-rich kingdom over the disappearance of journalist Jamal Khashoggi, as the Riyadh stock market plunged on growing investor jitters.

US President Donald Trump threatened ally Saudi Arabia on Saturday with “severe punishment” if Khashoggi, who has been critical of Prince Mohammed, was killed inside its Istanbul mission.

But Riyadh vowed to hit back against any action against it.

“The kingdom affirms its total rejection of any threats or attempts to undermine it whether through threats to impose economic sanctions or the use of political pressure,” an official source said, quoted by state news agency SPA.

He said Riyadh would “respond to any action with a bigger one”, pointing out that the oil superpower “plays an effective and vital role in the world economy”.

As investors took fright, Saudi stocks tumbled by around seven percent at one point on Sunday, wiping out their gains for 2018.

Business barons including British billionaire Richard Branson and Uber CEO Dara Khosrowshahi, as well as media powerhouses like Bloomberg and CNN, have pulled out of next week’s Future Investment Initiative (FII) in Riyadh, dubbed “Davos in the desert”.

Khashoggi, a Washington Post contributor, vanished after entering the consulate on October 2 to obtain official documents for his upcoming marriage.

Turkey on Saturday stepped up pressure on Saudi Arabia by accusing the kingdom of failing to cooperate with a probe into the journalist’s disappearance.

Turkish officials have said they believe Khashoggi was killed inside the mission and claims have been leaked to media that he was tortured and even dismembered.

Saudi Arabia insists Khashoggi left the building safely and dismissed accusations that authorities had ordered his murder by a hit squad as “lies and baseless allegations”.

The kingdom’s Tadawul All-Shares Index (TASI) lost more than 500 points, diving by seven percent in the first two hours when trading resumed after the weekend, in panic selling reminiscent of the days after the global financial crisis in 2008.

Saudi stocks have lost all of their gains for 2018

The index had already dropped 3.0 percent on Thursday, following a rout on world stock markets fuelled by worries about higher interest rates and US President Donald Trump’s attacks on the Federal Reserve.

Mohammed Zidan, market strategist at Thinkmarket in Dubai, said the drop in Saudi stocks was the result of panic selling because of several political and economic factors.

“There has been a kind of uncertainty surrounding the situation of the disappearance of Khashoggi which has caused the market to fall,” Zidan told AFP.

“The withdrawal of top participants from the Riyadh investment conference has also negatively impacted traders’ sentiment,” he said.

The pullouts have cast a pall on the annual summit at which Prince Mohammed wowed investors last year with talking robots and blueprints for a futuristic mega city.

The withdrawal of Uber’s Khosrowshahi from the event is particularly symbolic as the kingdom’s vast Public Investment Fund (PIF) has invested $3.5 billion in the ride-hailing app.

Branson, who dropped two directorships linked to Saudi tourism projects around the Red Sea, said claims about Khashoggi’s disappearance would “change the ability of any of us in the West to do business with the Saudi government”.

The Saudi consulate in Istanbul on October 14, 2018

Global multinational corporations “see potential in a developing market like Saudi Arabia, but for many the reputational risk of being associated with FII outweighs the potential gains from the Saudi economy,” said Michael Stephens, a Middle East expert at the Royal United Services Institute.

“We (have) ended the relationship,” Richard Mintz, managing director of the firm, told AFP.

“The leadership will now have to manage a more serious threat to its economic liberalisation strategy,” Eurasia said.

“At this point, Saudi Arabia will find it incredibly challenging to contain the emerging crisis.”