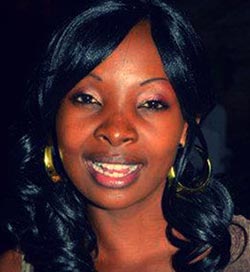 SAVANNA Arts Management were invited to the Tsoho International Theatre and Dance Festival in South Africa only to be hit by the withdrawal by their main actor, it has emerged.
The group also allegedly smuggled a cast member into South Africa.
Management discovered that the actor, Tafadzwa Hananda, did not have a valid passport a day before travelling and told him that under no circumstances would he be allowed to miss the trip.
NewZimbabwe.com established that Tafadzwa was told to travel alone ahead of the whole cast and wait for others once he managed to cross into South Africa.
Savanna’s play ‘Pub Stories’ was invited to participate at the esteemed Tsoho International Theatre and Dance Festival in South Africa but suffered a setback after Caroline Mashingaidze withdrew at the last minute.
Information gathered by NewZimbabwe.com shows that seasoned actor Mashingaidze refused to travel, citing poor working conditions offered by Savanna Arts Management.
Caroline has acted in stage plays such as Sinners which was later made into a feature film, Desperate in Love and Ten Bush. She was replaced by a novice Judith Tsoka who has only acted in one stage play Facebook.
The cast left for South Africa on Sunday, travelling by bus to Bloemfontein. They were also told that no allowances would be paid since they were on full board paid by the organisers.
The actors were reportedly promised $180.00 for the two performances to be staged at the festival which did not go down well with Caroline and other members of the group.
Savanna Arts is said to be facing serious financial challenges with permanent workers now reporting for work just two days a week and owed salary arrears.
Pub Stories was nominated for the 2014 National Arts Merit Awards for The Best Theatrical Production.
The play’s cast originally comprised Caroline Mashingaidze, Teddy Mangawa, Nyaradzo Nhongonhema (NAMA’s Outstanding Actress), NAMA Outstanding Actor Tafadzwa Hananda, and Anthony Mazhetese who was still to get his passport by end of day on Friday.Advertisement